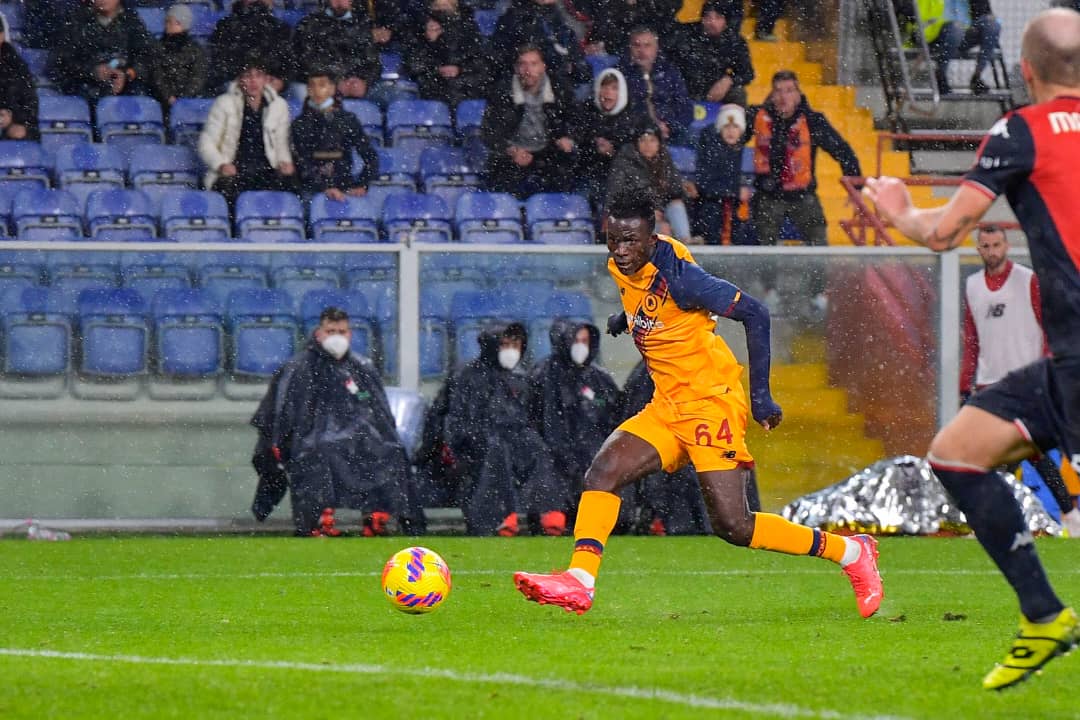 Ghanaian Young Star Felix Afena Gyan, 18, came from the bench in the 75th minute to score twice as AS Roma defeated Genoa by two goals to nil on Sunday night.

Afena came on in the 75th to make his third appearance for the club by replacing Eldor Shomurodov and made an immediate impact with a goal in the 82nd minute. He made it two for Roma a stunning volley that has blown away many people.

The manager Jose Mourinho says he promised to buy Afena €800 boot if he scores, first thing tomorrow he will get him the boots as promised.

Jose Mourinho -“I had promised to buy Felix the shoes he really likes, which are really expensive, they cost €800, so he ran over and told me not to forget! Tomorrow morning, the first thing I do is buy him the boots.”

Afena has expressed his excitement about the goal and hoping to score for the club.