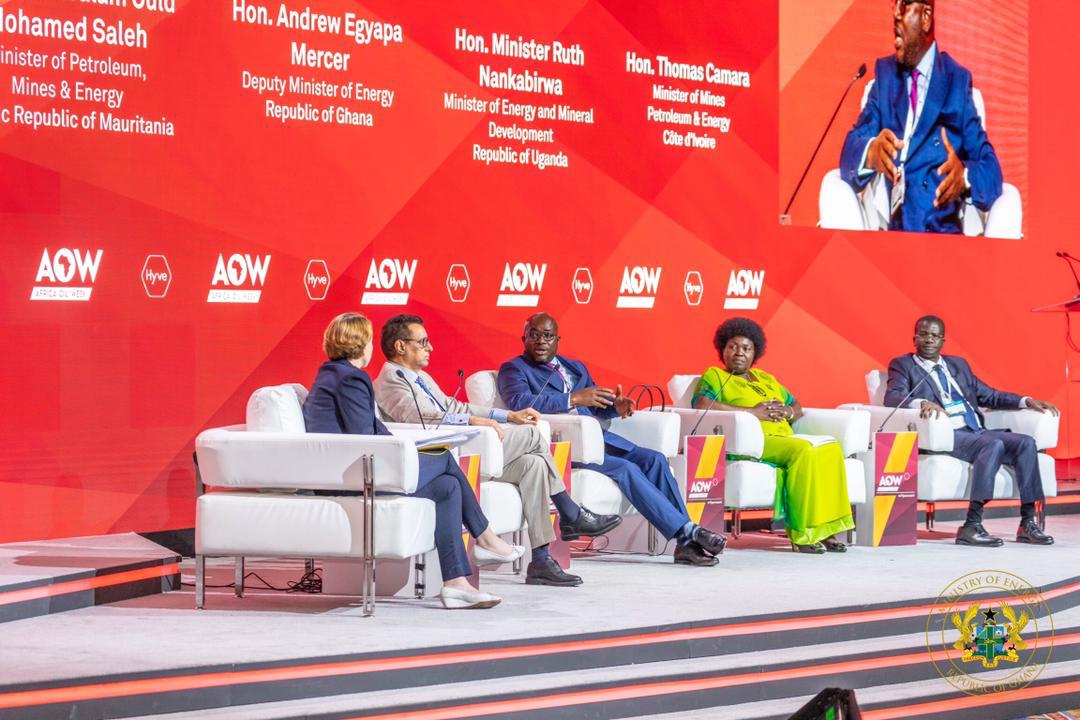 Deputy Minister for Energy Hon. Andrew Egyapa Mercer has called on African leaders to leverage on the abundance of the gas resources on the continent. This, according to him is a key step in bridging the poverty gap in various countries.

The Sekondi Member of Parliament made this call when he represented Energy Minister, Dr. Matthew Opoku Prempeh at an African ministerial panel at the on-ongoing Africa Oil Week in Dubai, UAE. Hon. Mercer further called for a responsible exploitation of this fossil fuel resource as it is being held in trust for generations yet unborn. This he says would ensure that the economic value of the resource is sustained for a long of period of time.

He said Ghana’s Gas Master Plan recognizes the power sector as the most important sector to channel the natural gas resources as currently, over 70 % of the country’s fuel requirement for power generation is met by natural gas. Hon. Mercer also called for attention to be given to the legal and regulatory framework of various countries as it provides the basis for the overall benefit of the resource for their people. He also called for the deployment of appropriate technologies in the development and utilization of the gas resource.
At the session on prospects in the upstream sector that took place during the conference, CEO of the Petroleum Commission, Egbert Faibille Jnr., walked prospective investors through Ghana’s legal and regulatory regime as well as its fiscal system which makes the country an attractive destination for upstream investment. He also touched on available blocks for investment in the sector.

On his part, a Deputy CEO of the Ghana National Petroleum Corporation, Benjamin Acolatse touched on the role of the National Oil Company in Petroleum Agreements and their readiness to partner potential investors in the exploitation of Ghana’s hydrocarbon resource.

The Ghanaian delegation continues to engage prospective investors and key players in the African oil and gas space at the conference all in the bid to position Ghana favourably for investments.