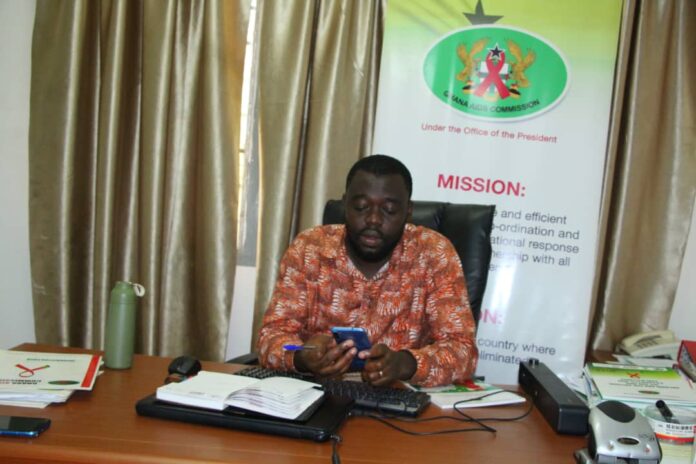 The Eastern Regional Office of Ghana AIDS Commission says it will reactivate distribution of condoms to non-traditional condom sale outlets ahead of the Valentine’s day celebration.

The move by the commission is to ensure availability and enhance accessibility to condoms for protection by people who may opt to have sexual intercourse during the day, to reduce the risk of HIV infections.

“We as an organization, one of our condom distribution strategies is to make sure that condoms are made available for all the people. One of our key strategies we have been using over the years under our NSP 2016 to 2020 was that we used non traditional condom sales outlets to get condoms” the Commision said

Addressing the media, Acting Eastern Regional Technical Coordinator of the Technical Unit of the Ghana AIDS Commission, Ebenezer Appiah Agyekum Abrokwah said Valentine’s day is known for merry making and expression of love which is mostly associated with increase sexual activities, therefore ,the commission will additionally deepen sensitization on HIV .

“Currently, the Eastern region has a prevalence of 2.2 which means that if you take a thousand people aged 15 to 49 you will get about 22 of them being HIV positive and that is our estimation for 2020.What that means is that HIV is still an issue in the Eastern region and we are still working hard with all the key stakeholders, the Ghana health service, NGO’s and all the government agencies , district Assemblies and other departments to just make sure that people become aware the HIV is still an issue so that people are able to take care of themselves, protect themselves, get tested and if they are testing positive then they are being enrolled on anti retroviral therapy”.

Mr. Agyekum Abrokwa said the condom distribution and awareness creation drive will be done across all the 33 districts and Municipalities in the region.

“When we talk about the Eastern region, in all the 33 districts, they all have their own HIV prevalence according to the data and so one of the key things for valentine day is that we have an HIV sensitization exercise with national service personnel on the Monday and we will be educating , and for instance last year we visited all the hotspot, pups and bars and we gave them condoms , the idea is for people to have access to condoms so that they can protect themselves if they decide to have sex” Ebenezer Appiah Agyekum Abrokwa.

He continued “we will also be focusing on the youth making sure that senior high school students are also getting some education via media and any other platforms available for us so basically the main aim is to create awareness, encourage people to know their status , and also encourage people to protect themselves and if they do all these then it means that we are breaking the chain of transmission of HIV”.

According to data, people living with HIV in Eastern Region are 47,8166.

The Commission blames the situation on false claims by herbalists and Prophets that they have cure for the virus which attracts some people living with HIV to abandon ART for their concoction.

The commission urged the public particularly the youth to test and know their HIV status early to be put on ART to help suppress the viral load to prevent AIDS.