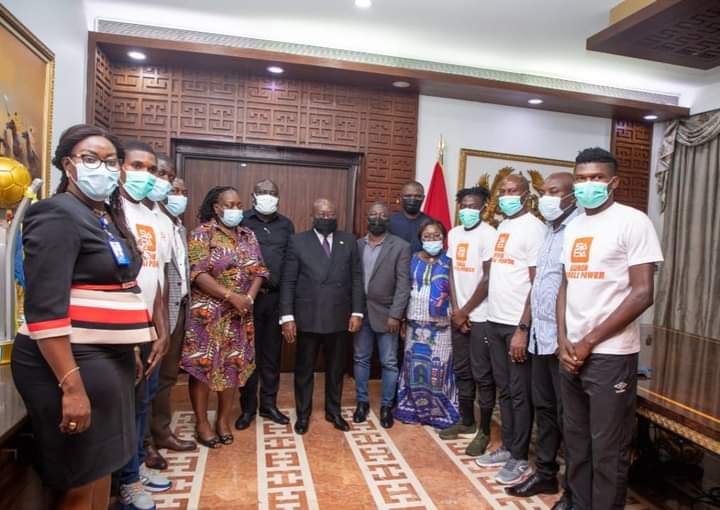 Hearts won the league and the FA Cup last season and are the nation’s sole representative in Africa.

They were humiliated and dumped out of the CAF Champions League, but still, have the opportunity to make amends with the Confederation Cup where they have been paired with Algerian JS Saoura.

Hearts were supposed to meet the president of the land last two weeks but it didn’t happen because the president was traveling on other important business.

Today, the playing body and management members paid a courtesy call on the president and the Sports minister Mustapha Ussif at the Jubilee House to present their League and FA cup to the government.

The President has supported their African campaign with 1million Ghana cedis.

The Phobians will begin their Confederation cup campaign with an Algerian side JS Saoura on Sunday at the Accra stadium.