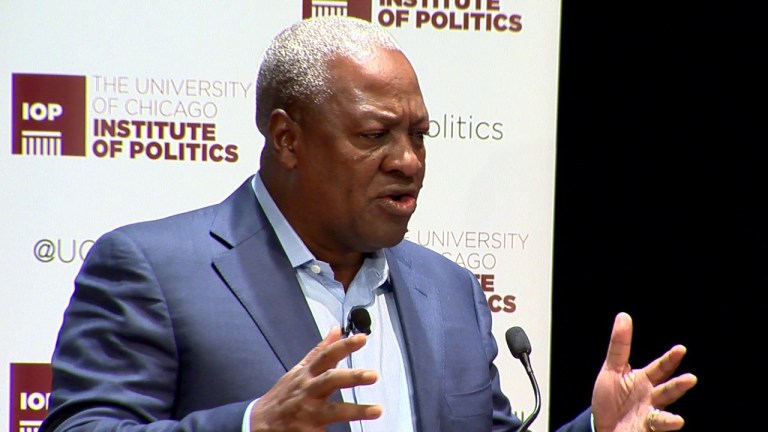 Ex-President John Dramani Mahama has taken a swipe at President Akufo-Addo, accusing him of being reluctant to tackle corruption head-on and unwilling to ensure accountability to protect the national kitty.

Speaking at NDC Pro Professional Forum on the State of Ghana on 7 September 2021, the former Ghanaian Leader Mahama said “Another major problem has been the unprecedented levels of corruption and the total lack of accountability and prudence in the handling of the public purse“.

According to Mahama, the Auditor General’s report shows that financial irregularities within the public sector shot up from about
GHS700 million in 2016 to GHS12 billion in 2020.

He noted that this level of leakage is weakening the ability of Akufo-Addo Administration to exercise mandate to safeguard Ghanaians to improve the living conditions of the masses.

“The nonchalance and total unwillingness to address corruption in government is a major worry and will continue to affect our economic fortunes until the
trend stops”, Mahama said.

Mahama has also retreated his call on voters to show the NPP the exit from government to pave way for scrutiny and accountability.

“When I called for a change in government in 2024 as the first step towards halting this hemorrhage of
badly needed resources through corruption and holding offending officials to account, our friends in government took offense but it remains the only viable way to save the public purse in the face of abundant evidence that nothing will be done about the situation”, Mahama noted.

In this article:Akufo-Addo,Mahama,unwilling to fight corruption-