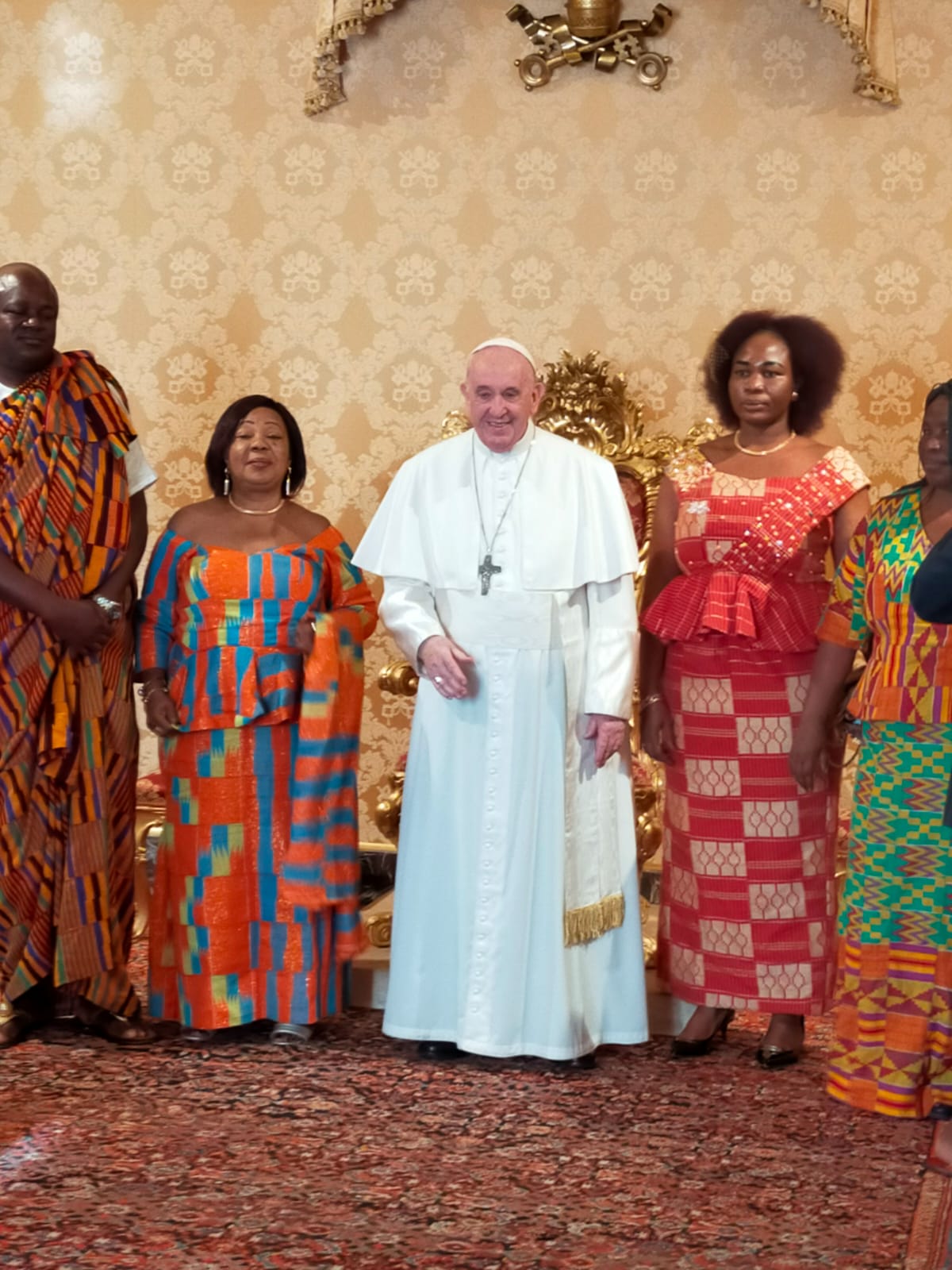 Ghana’s Ambassador Extraordinary and Plenipotentiary to the Holy See H.E. Mrs. Angelina Baiden-Amissah on Thursday 18th November 2021, presented her Letters of Credence to His Holiness, Pope Francis at a colourful Ceremony at the Secretariat of State, Vatican.

Following the presentation, Ambassador Baiden-Amissah and Pope Francis retired to the latter’s Library for a private meeting. During the meeting, His Holy Pope Francis extolled the excellent and historic relations that exist between Ghana and the Holy See. He praised efforts being made by the Government of Ghana to deepen democracy, promote human rights and propel economic development for the good of the people.

The Papal also expressed his joy at the appointment of Ambassador Baiden-Amissah, noting that appointing women to high positions was good for societal development in modern times.

He urged the new Envoy to make the most of the opportunity during her tour of duty for the benefit of Ghana and assured her of his support in this regard. He finally wished her a successful tour of duty.

Ambassador Mrs. Angelina Baiden-Amissah on her part conveyed on behalf of the President, Government and people of the Republic of Ghana, fraternal greetings and best wishes to the Pope Francis. She acknowledged the strong bonds that exist between Ghana and the Holy See which bonds she nited were further strengthened when Ghana officially registered her presence by opening a resident Embassy in the Vatican in 2013.

She recounted the partnering role the Catholic Church has played in the development of Ghana and thanked the Pope for the continue support for Ghana’s development through the setting up of educational and health institutions throughout the country.

Touching on peace, Ambassdor Baiden-Amissah observed that Ghana was a peaceful and democratic country that have successfully witnessed 8 peaceful elections since 1993 when the country returned to constitutional rule.

She also touched on some significant developments in Ghana such as the Free SHS 1D 1F and the Planting For Food and Jobs undertaken by the Government of President Nana Addo Dankwa Akufo-Addo.
She noted that these interventions have brought a lot of relief to most Ghanaians.
She expressed her happiness and congratulated Pope Francis for his relentless efforts at promoting and empowering women.

She assured the Pope that she would work closely with the Vatican to deepen the ties that exist Ghana and the Holy See. She thanked him for the opportunity and the expression of support for her during her tour.