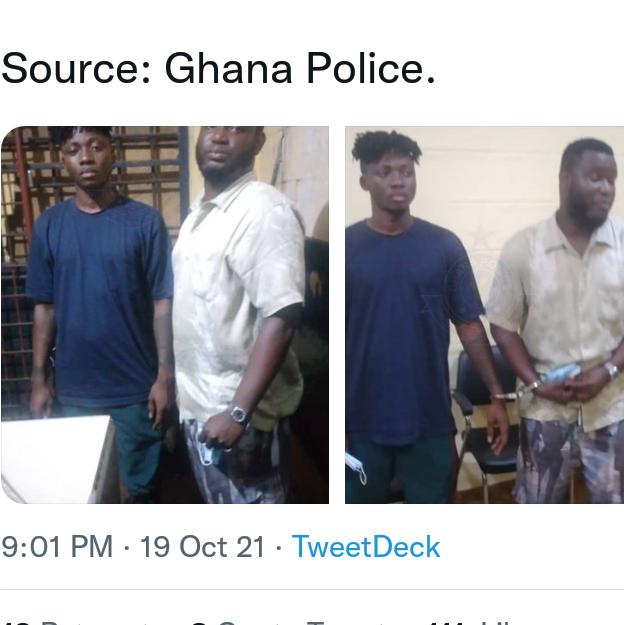 Kojo Owusu Koranteng known in private life as Nana Dope and Eric Venator also called Gangee are in the grips of the police for allegedly spreading false information to deliberately creating fear and panic.

The arrest of the two suspects follows alleged spreading of false information regarding alleged gunshot attack on Shatta Wale.

According to the police, no suspects in the matter will be spared if Police investigations show possible criminal intent.

“We want to caution any individual or group to desist from making false claims and engaging in acts, capable of disturbing the peace of the country because the law will come after you. Such persons will not be left off the hook”.

Shatta Wale is a Dancehall Artist.