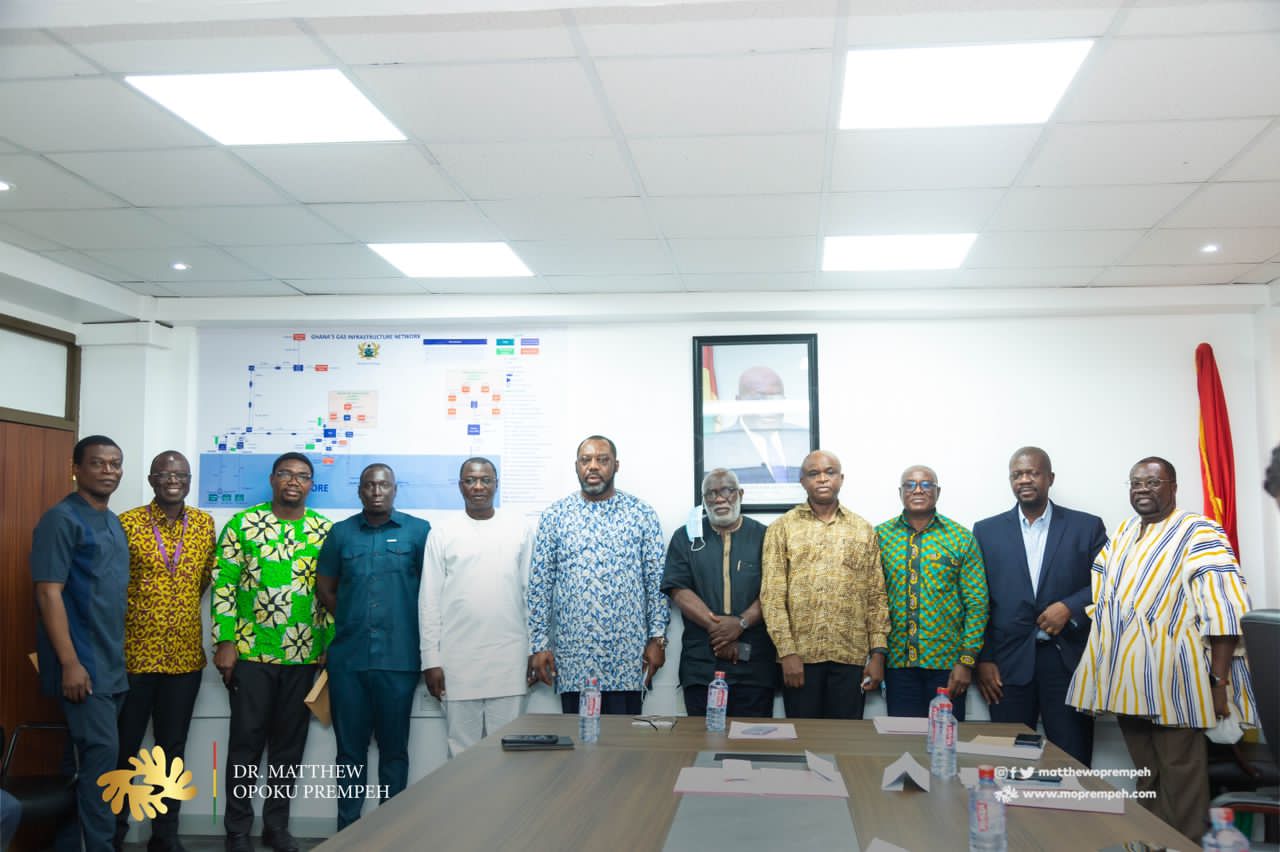 ‘Be diligent in your watchdog role’- NAPO to EMOP

Minister for Energy, Dr. Matthew Opoku Prempeh, has charged the Electricity Market Oversight Panel (EMOP) to channel its energies and synergies towards ensuring that the country’s power situation remains stable.

Dr. Prempeh made this point when he inaugurated the panel at a short ceremony at the Ministry in Accra this morning. The Electricity Regulations, 2008, L.I. 1937 established the Ghana Wholesale Electricity Market (GWEM) to facilitate wholesale trading of electricity and the provision of ancillary services in the National Interconnected Transmission System (NITS).

The L.I. 1937 further established the Electricity Market Oversight Panel (EMOP) to supervise the administration and operation of the GWEM.

Congratulating them on their nomination to the panel, the Minister stated he believed in their collective ability to contribute to the country’s energy sector and reminded them of their responsibilities.

“You would among others, seek to monitor the general performance of electricity transmission, ensure smooth and efficient operation of the wholesale electricity market, monitor pre-dispatch schedules and ensure long-term optimisation of hydro-electricity supply sources in the country.

This also includes rallying around the stakeholders of the electricity value chain for a seamless service delivery”, Dr. Prempeh stated.

Tracing the background to the EMOP, the Minister stated that as part of efforts to improve the governance and operations of the electricity sector, the first NPP administration under President Kufuor ensured that L.I 1937 was passed which provided for the implementation of a Wholesale Electricity Market to facilitate wholesale electricity trading.

This was also to allow for private sector investment and competition in the procurement of electricity in Ghana. He further stated that the NPP has always believed in the private sector as the engine of growth and hence participation in this critical sector of the economy.

He also reminded them of their watchdog role and stated that his doors were always open to frank discussions that would move the country’s electricity market and the energy sector as a whole forward.

The Chairman of the EMOP, Ebo B. Quagraine assured the Minister on behalf of his colleagues that they would strive to deliver their mandate and justify the confidence reposed in them by their appointment.