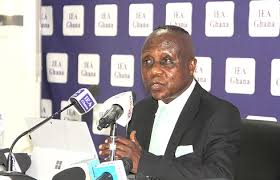 In what appears to be a typical case of perseverance effects and wishful thinking, gradually influencing the views of the former Deputy Bank of Ghana Governor on the economy, largely distanced from reality checks in the face of a rather unbearable hardships, getting both the platform and timing wrong in briefing Ghaianans on IMF bailout u-turn, attributing almost six-years of abysmal economic records of 29.8% inflation, rising external debt stock of GHC120 billion in 2016 to GHC400 billion in 2022, debt to GDP of 66% in 2016 to 78% in 2022, from GHC4 to the dollar in 2016 to depreciating cedi of GHC8.50 to the dollar in 2022, Director of Research at the Institute of Economic Affairs (IEA), Dr. John Kwakye has described it as an erroneous position to blame the current economic quagmire on Ex-President John Dramani Mahama.

According to him, though one cannot ignore the impact of COVID-19 and the Russia-Ukraine war, referring to a past government for the present hardship is not a comfortable position to base an economic argument on.

“I can grant some of them, the impact of Covid 19, and the impact of the Russia-Ukraine war. Of course, the NPP came to meet a challenging economic situation when it took over in January 2017.

“There were a lot of arrears, the energy sector arrears, arrears to contractors and then, of course, they implemented the financial sector bailouts which also brought the additional cost to the budget,” he disclosed on TV3.

He continued: “But we were in an IMF programme and then we exited from the programme, so one would have thought that when we exited at least we were in a pretty comfortable position that is why we exited. So I am not comfortable that we have to go back five and a half years and bring things that happened so many years ago to the present.”

The Vice President, Dr Mahamudu Bawumia, has claimed that the GhanaCard is more impactful to the country’s development than constructing 1000 interchanges across the country.

Dr. Bawumia speaking at the Accra Business School on Thursday (14 July), under the theme: ‘The Role of Information Technology Education in the Government’s Digitalisation Agenda’, said the GhanaCard will impact Ghana’s development in the long term.

“Today we have 16 million Ghanaians with unique identities and that is a major transformation, a lot of people sometimes don’t even appreciate what the impact of the GhanaCard is but if you gave 1000 interchanges and the GhanaCard, I will choose the GhanaCard because it has more impact on development,” Dr Bawumia said.

The Vice President who has recently been derided for Ghana’s current economic crises also blamed the country’s economic challenges resulting in an IMF bailout request on what he describes as a quadruple Whammy.

According to him, the energy sector excess capacity payments, the banking sector clean-up and the COVID-19 impact on the economy triggered the IMF situation for the country.

“The Ministry of Finance estimates that the interest payment on this borrowing for the three items amounts to GHC8.5 billion annually. This is some 23% of Ghana’s annual interest payments of GHC 37 billion,”

He added: “It should be noted that without the GHC54.0 billion debt for the three exceptional items (COVID-19, Financial Sector and Energy), Ghana’s debt to GDP would be within the sustainability threshold of some 68% instead of the 76.6% at the end of 2021.”

“If you take out the fiscal impact of this quadruple whammy, Ghana will not be going to the IMF for support because our fiscal, debt and balance of payments outlook would be sustainable.

“Of the four factors, two (COVID-19 and the Russia Ukraine war) were external and the other two (the banking sector clean up and the excess capacity payments) were the result of policies of the previous government”.

In this article:- Kwakye tackles Bawumia,Blaming Mahama,for broke economy is an error