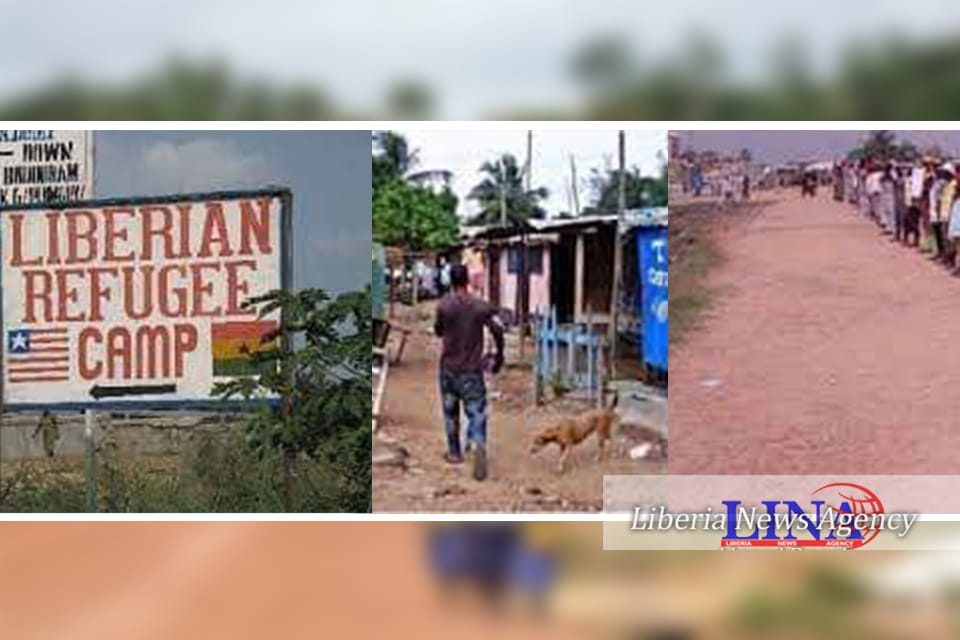 Refugees and residents at Buduburam Camp within Gomoah East are racing against time to leave after eviction deadline issued by government expires in few hours.

Buduburam Camp refugees and residents were given September 30, 2021 deadline to relocate or face eviction.

But speaking to the media Thursday September 30, 2921 in Accra, the refugees at Buduburam Camp referred to as a haven of criminals said “We have no place to go. If they demolish our houses today, I will still live here and sleep on the streets so that when UN comes, I will find out why they have left me in the streets after the agreed to cater for us”, disgruntled refugees said.

“You say we should go, go to where? I came to Ghana to hustle, I’m not a criminal. I have packed my things but I have no place to go”, another refugee said and nods in disbelief.

The intended demolition exercise at Buduburam Camp is part of security arrangements and process to clamp down on increaseing criminal activities amid armed robbers in the area.

The DCE for Gomoa East Solomon Darko Quarm said “They have to exit the camp and issues of resettlement can be tabled before United Nations and the Refugees Board for resolutions. We’ve given them the deadline which expires today September 30, 2021”.

According to the DCE, the
Refugees Board which visited the Buduburam Camp yesterday, promised to relocate people of concern with buses to the Western Region.

Meanwhile, Criminologist at KNUST Dr. Opoku Ware said “It’s a haven of criminals after conducting research in the area. Buduburam Camp must be demolished to cut the roots of criminal activities”.

Dr. Ware however noted that “Let’s profile the residents and refugees before they exit because it’s is tagged as haven of criminals and nearby communities must be extra careful and vigilant in order not to admit criminals into their fold”.

Security Expert Adam Bonaa wants the “Police and other security agencies to be on high alert in order to escape spillover of harden criminals from Buduburam Camp to parts of Ghana”.