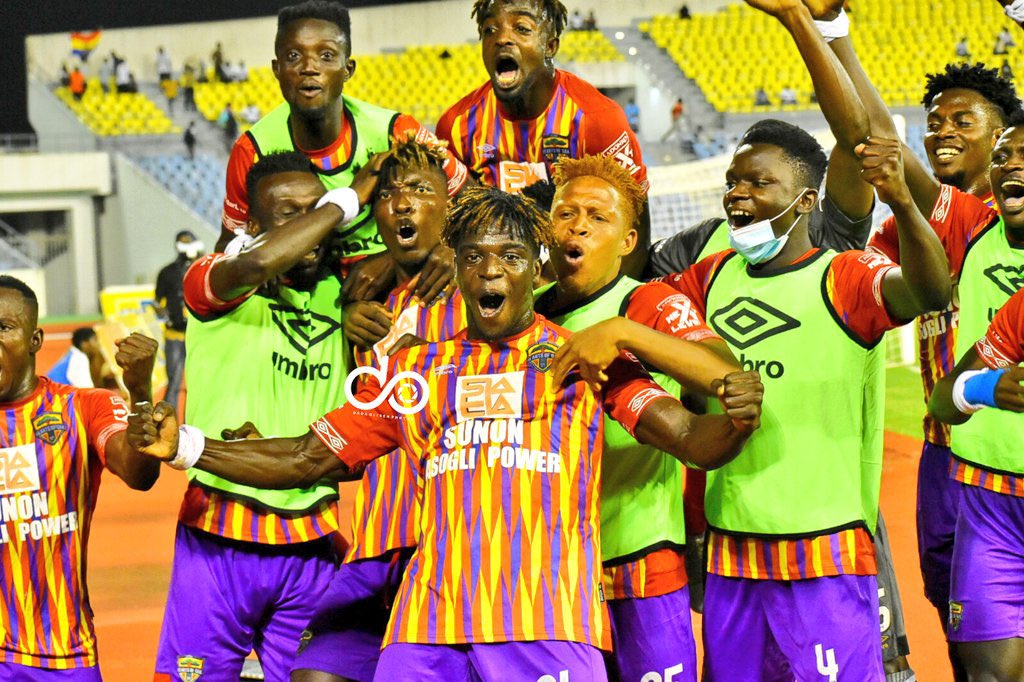 Africa’s football governing body, CAF has agreed with both Hearts and Kamsar to play at their preliminary stage of the Champions League at Accra Stadium without football fans Sunday.

Hearts of Oak of Ghana and CI Kamsar of Guinea are set to play a one-off match at Accra Stadium after the first league was concealed due to unstable political conditions in Guinea.

Earlier this week, Hearts announced the amount that will be charged at the gate. But after the technical meeting between both clubs and CAF on Saturday, the decision was reversed to play the match behind closed doors.

Hearts last played in CAF competition in 2015, and the fans were eagerly waiting for this moment.
But unfortunately, they would have to monitor from screens in their various homes.

Hearts will wear their new Jersey they unveiled for the 2021-2022 season on Sunday.

The game is scheduled to kick-off at 3:00pm on Sunday.

Meanwhile, the winner will face off with Moroccan giant Wydad Athletic Club.