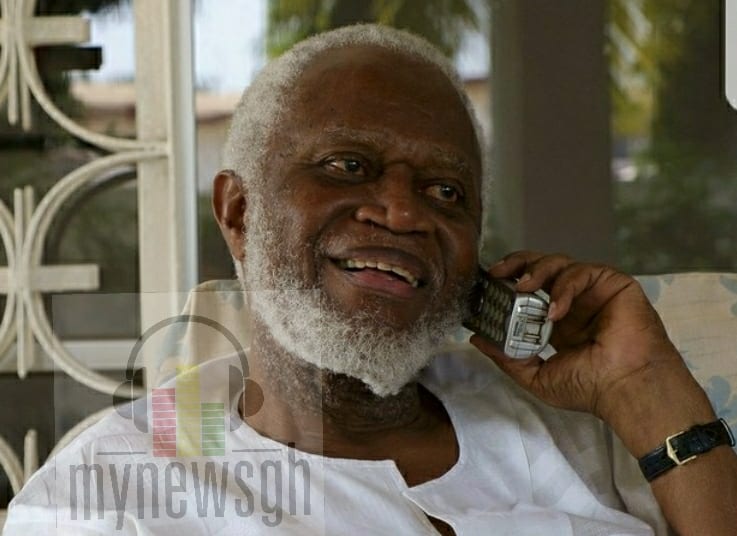 Former Head of National Security and Foreign Affairs of the Provisional National Defence Council (PNDC) Captain Kojo Tsikata has joined his ancestors at 85.

A brief statement from his family signed by Col. Joshua Agbotui (RTD) and Fui S.Tsikata announcing the demise of Captain Kojo Tsikata, echoes that “The family regrets to announce his passing that occurred early hours of Saturday, November 20, 2021. In accordance with his wishes, the family will be making arrangements for a private family funeral”.

Tsikata was sent to the Congo with Major General Ankrah as part of a Ghanaian military contingent with orders from Kwame Nkrumah to protect the Pan-Africanist and anti-neocolonialist Patrice Lumumba, who was the Prime Minister. He later visited Conakry, Guinea, to visit Nkrumah. He was arrested, detained, and put on death row as a suspect of an assassination plot against Nkrumah on his arrival.

Samora Machel, a freedom fighter, intervened to pardon him. Samora travelled with him to Mozambique. He later arrived in Angola in 1964 to join MPLA fighters and internationalist fighters from Cuba.

He was appointed in 1982 under the Jerry Rawlings administration. He had been in charge of national security since 1982 and later joined the Rawlings administration on 21 January 1995. He was a member of the council of state and a captain of the Ghana Army. He also served as a member of the council of state of Ghana.[9] In 1995, he was asked to join a negotiating team with Ibn Chambas who was the then Deputy Foreign Minister, and Brigadier General Agyemfra, accompanied by Harry Mouzillas from the Ghana News Agency as a journalist to cover the events. They travelled to join Mr. James Victor Gbeho, the then Chairman of the Economic Community of West African States (ECOWAS) and a Resident of Flt Lt Jerry John Rawlings and Mr. Ate Allotey, a diplomat.

He rejected a national award to be conferred on him in the category of the order of Volta companion under President Kuffour. He was listed as one of the six government officials under the NDC regime to receive the award.

He was appointed by Gaddafi to a senior advisory position in charge of the Al Mathaba central committee, a support centre for the liberation movement and anti-imperialist and anti-Zionist organisations.

Below is announcement of his demise by family :