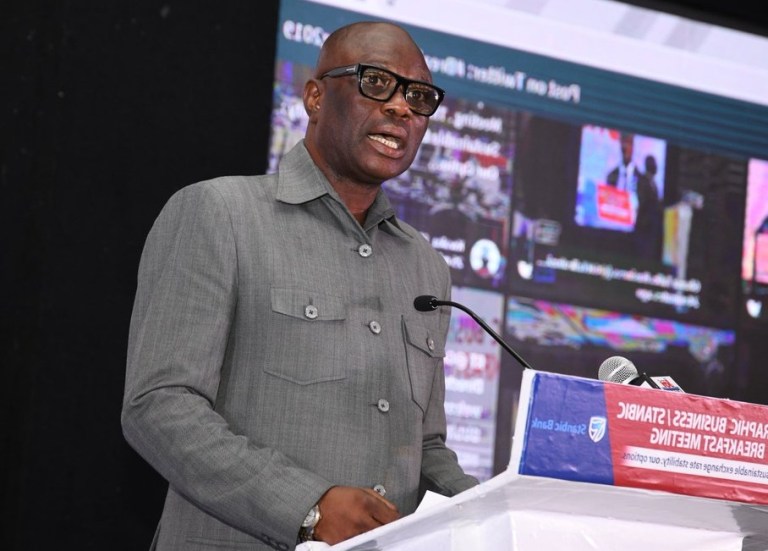 As a result of the current exchange rate situation in the country, businesses are seriously bleeding to death. The Government, therefore, needs to do something to salvage the situation as soon as possible.

We want to call the attention of the Government to the fact that depreciation of the cedi against other major trading currencies is getting out of hand, and the increase in the monetary policy rate is also leading to high lending rate in the country.
Businesses have reached a situation where its survival is seriously threatened, if no immediate action is taken by the Government to find solution.

By this statement, we are calling on the Government, as a matter of urgency, to reconvene the Foreign Exchange Committee that was set up a few years ago by the Finance Ministry which involved all relevant stake holders, to help find immediate solution.

It could be recalled that since December 2021 when the dollar was 6.4 cedis, our working capitals have been depleted by 40%. Now that, the dollar has reached about 9.00 cedis, our worst fear is that we are now going to make Christmas orders from our suppliers, which may aggravate the situation.

If immediate remedial measures are not taken to control this alarming situation, we may be using One Million Ghana cedis to buy only One Hundred Thousand US dollars when the dollar reaches 10.00 Ghana cedis.
At this point in time, if nothing is done, speculations would be rife and serious panic will set in for people to invest in forex as a matter of security for their hard-earned working capital, thereby make control of such a situation difficult for the government.
We recognize that excessive importation is one of the major causes.

Here we think that the government has failed to take due advantage of our National Investment Laws, especially on foreign retail trade and wholesale to tighten imports.
Allowing foreigners into the retail trade and wholesale sectors of the economy will not help this country, but rather defeat the action plan set for the implementation of 1D 1F, AfCFTA and the general industrialization in Ghana.

We also want to remind the Government that the big-time institutional importers, especially, those who serve as conduit for dumping goods mainly from China are the culprits.

Small and Medium Scale importers like GUTA members import only 15% out of the whole volume of imports into the country.
For the locals, the import business has become gloomy and pathetic as the multinationals have taken over. We have started looking out for goods to export to support the economy and be able to sustain our businesses, but the same cannot be said of these foreigners.

We, therefore suggest that since they do not bring in physical cash to invest but rather resort to dumping and repatriate our hard-earned foreign exchange as a country, the investment law should be amended to make them deposit their capital fund here in Ghana to make their transfers.

Most of these foreigners come under the guise of manufacturing but divert to trading; taking advantage of the loopholes in the laws, as well as the lack of enforcement of same, and cause damage to our economy.
The juiciest part of our economy such as the banking, telecommunication, oil, mining – the extractive industries are all dominated by foreigners and repatriate all their profits to their home countries leaving us with virtually nothing except the few taxes and some royalties.

We herein suggest that the Government should device an effective method to schedule this repatriation in a staggered manner over a reasonable period, apart from revising the investment law to ensure that investments in all these profitable and juicy areas have some reasonable equity for retention in Ghana rather than the current situation where these companies consume all our foreign exchange earnings.
Most foreign direct investors overpriced their investment in order to have an advantage to repatriate same value to their home countries to our detriment. This explains the reason we hardly physically see these investments corresponding with the amounts that are being declared as foreign direct investments in the country.
Over dependence on foreign services such as health care, education and others by Ghanaians are also to be blamed for this problem.The movement and transfer of money by churches should also be closely monitored and controlled.

We believe that the government should have the full control of management of our national resources as well as, the capability to solve this problem in the shortest possible time; unless this rapid depreciation of the cedi is a deliberate plan by the government to devalue our national currency.

How can we go on like this as a nation? because this is not just a simple matter of passing on the cost to the consuming public. The purchasing power of the consumers is drastically reduced due to high inflation rate and other factors. As a result, consumers are not even buying at the moment, let alone increasing the prices. Businesses turnover are negatively affected, thereby rendering us unable to service our loans, especially for those whose capital is borrowed from the commercial banks and other sources.

At this stage the only prudent thing to do, is to hold unto your stocks without selling, but the problem here is, you might be owing your suppliers and banks, at the same time you cannot also punish the consuming public.

The only option now, is for the Government to think outside the box and find a pragmatic solution to bring the economy back to its feet.

We agree that there is a problem in the world, which Ghana is no exception. This period is the best time to bring leadership skills to bare and make a difference, of course, with the support of all Ghanaians regardless of political leaning.
Businesses are indeed bleeding and are in dire need of emergency rescue.
Thank you.