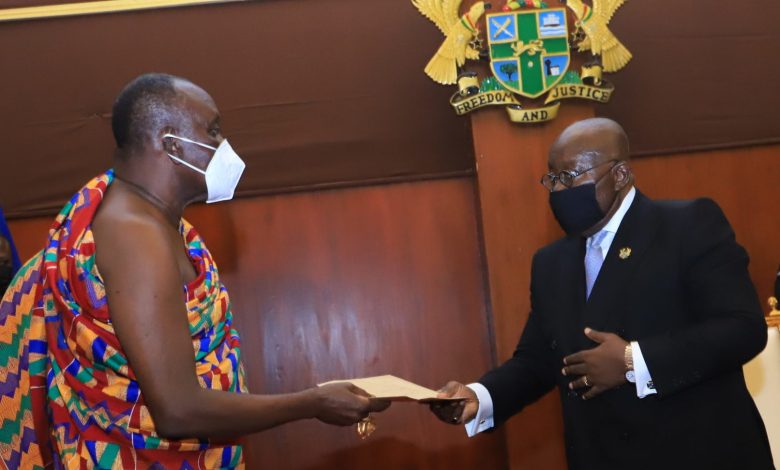 Council of State has presented its findings on petition to remove Chief Justice His Lordship Anin Kwasi Yeboah to President Akufo-Addo after investigation.