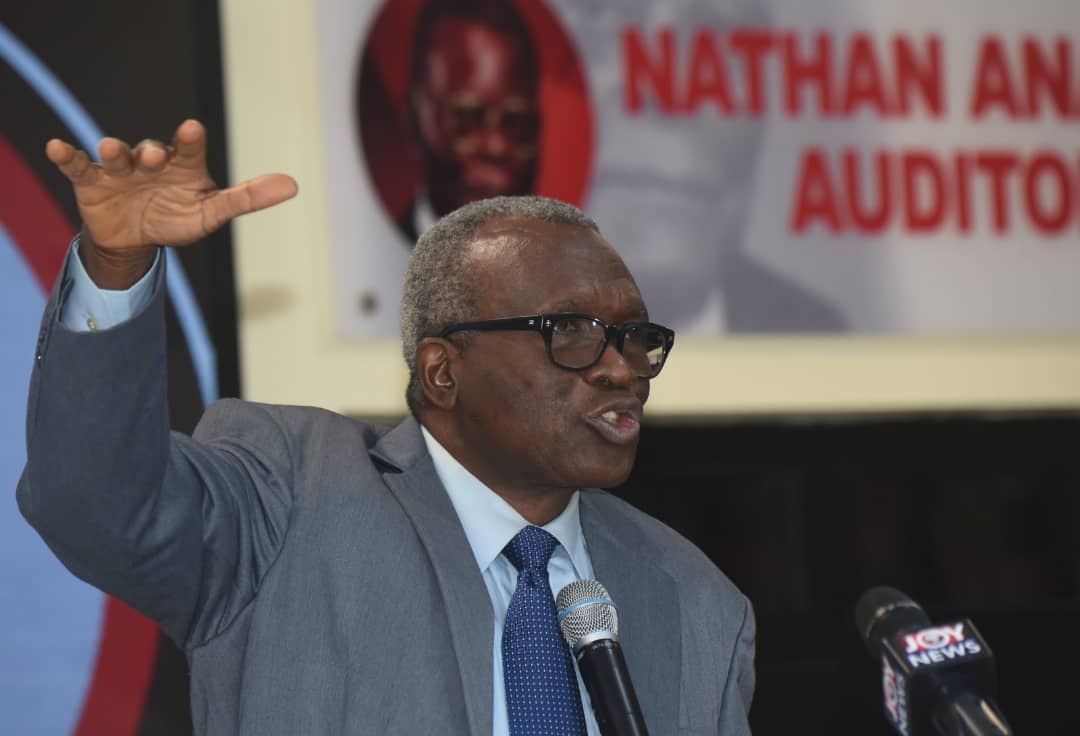 Civil and Local Government Staff Association, Ghana (CLOGSAG) has held its 4th edition of the Annual Nathan Quao awards ceremony under the theme “Neutrality in Local Governance: Non-Partisan election of MMDCEs” in Accra.

The purpose of the ceremony is to honour retired civil and local government staff and those in active service for their dedicated and selfless service in governance and to enhance national growth and development.

Mr Woeli Kwaku Kemever was awarded the ultimate winnner and presented with a citation in recognition of his sterling performance as a Public Sector Management Expert over the last four decades.

“Your qualities as a Manager and Administrator were amply demonstrated during your tenure of service in the Civil Service”, the citation reads.

Speaking at the awards ceremony, the Head of the Civil Service, Nana Agyekum Dwamena commended CLOGSAG for effectively discharging their objectives by providing better representation for government workers and serving as recognised channel of communication on matters affecting the service.

” indeed, the Head of Civil Service recognises your immense contributions and role, not only in relation to your very strong representation and advocacy for the improvement in the conditions of service of your members but also championing the promotion of a very strong value system in the Civil and Local Government services”, he said.

According to him, election of MIDGEs would require effective performance of Civil and Local Government Services to support them deliver on their mandate in their various Assemblies, adding that, the interface between the public and local governance for public services would continue to be with the civil and local government service organizations.

” we must therefore stand bold and talk in upholding the principles of political neutrality by remaining focused, professional and accountable in the delivery of our mandate without taking sides at any point in time. Our Code of Conduct as public service staff must always guide our work output”, he added.

He urged all staff to embrace the key values and principles of the service that buttress the performance and service delivery to meet the aspirations of the good people of Ghana.

The Head of Local Government Service, Ing. Dr. Nana Ato Arthur also expressed his genuine appreciation to the Executives of CLOGSAG for their extraordinary leadership in ensuring accountability of Government as well as championing the interest of its members.

” today, the 4th Edition of the Nathan Quao Excellence Awards ceremony has brought all key stakeholders under one umbrella as a way of recognizing the efforts of members who have shown diligence and professionalism in the performance of their duties and especially exhibiting the essentialities of political nuetrality”, Dr. Arthur noted.

The Executive Secretary of CLOGSAG, Isaac Paul Bampoe-Addo also congratulated the awardees for their outstanding performance in execution of their duties and urged other members to embrace same for the benefit of the country.

Citations and plaques were awarded to deserving officers who have distinguished themselves in various categories in their working life.