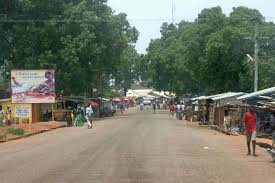 Mole Nationals FC, a Division two League Team based in Damongo within the Savannah Regional Capital, will kick-off the defense of the division two league Zone five (5) ‘A’ which consist of teams from the West Gonja Municipal and North Gonja District Assemblies.

The last season’s zone five ‘A’ winners who topped the group unbeaten will host their closest contenders, Wasipe FC from Daboya on Sunday, February 27, 2022,at the Damongo Senior High School (DASS) Sports oval.
Wasipe FC from Daboya placed second in last season’s league just behind Mole Nationals fc and will be a major threat in the course of the league to all opponents.

Coach Appiah Soale, a former poster boy of RTU, will lead his side hoping to repeat last season’s unbeaten run over Wasipe fc, Ndewura Jakpa Savannah Fc, Daboya Young stars fc and Yagbon FC to progress to the sub middle league which will be competed for by winners from zone five B and C. Table winning teams from Sawla-Tuna-Kalba district, Bole district and the Central Gonja district will be converging at a yet to be decided venue to play among themselves. The winner of the sub middle league will represent the zone in the middle league.

The Northern Regional Football Association released fixtures for the competition on Thursday, February 17, 2022. The competition was scheduled to start on Sunday, 20th February, 2022, but was postponed to start the next weekend.

Yagbon FC, which is also based in Damongo will host Daboya Young stars fc on Saturday, 26th February, 2022, at the Damongo Agriculture College (DAGRICO) park.