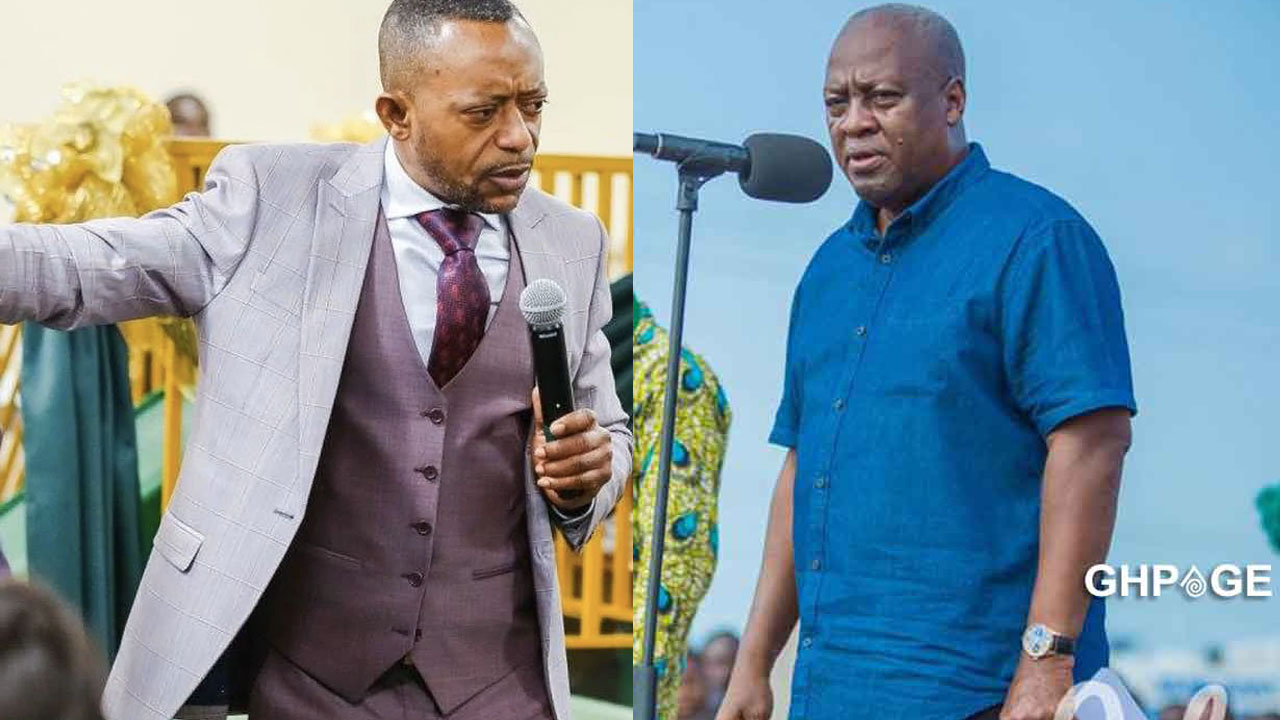 ‘Do or die’ by Mahama harmless- Rev. Owusu Bempah

Founder and General Overseer of Glorious Word Power Ministries International Rev. Owusu Bempah has jumped to the defense of EX-President John Dramani Mahama’s “do or die” comment, insisting that it is harmless.

John Mahama during his thank you tour of the Bono East Region at Techiman on Akina FM insists “The 2024 election will be do or die affair at polling stations and that the NDC does not intends to run to Supreme Court for settling electoral dispute, unlike 2020 polls”.

The statement has received a backlash from many including John Boadu, Obiri Boahene, Vice President Dr. Mahamudu Bawumia all of the governing party and political watchers who believe the comment is distasteful.

But, according to Rev. Bempah, the specific context within which the former President made the comment clearly shows that he meant no harm or chaos ahead of 2024 polls.

Reacting to the comment , Rev. Bempah said ” the comment meant that there is the need for enough preparations to conquer opponents and stamp victory. The harmless phrase in his view is used even at football circles when Kotoko and Hearts clash”.

“Do or die affair at polling stations doesn’t implies the use of weapons or machetes before, during or after elections”, Bempah noted.