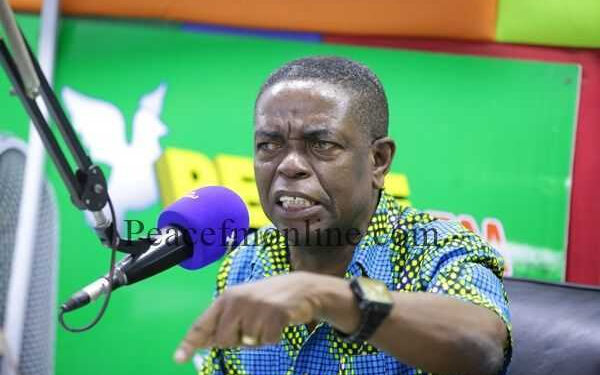 E-levy remains the most controversial tax policy Akufo-Addo Administration has been fighting at all levels with the opposition National Democratic Congress (NDC) and a section of the Ghanaian populace kicking against its implementation after backlash.

Finance Minister, Ken Ofori-Atta, during his presentation of the 2022 Budget Statement and Economic Policy at Parliament, announced the E-levy but has been met with strong opposition as the citizens are not ready for the policy amidst fears it will aggravate their hardships.

However, the government is bent on passing the E-levy Bill to ensure this electronic tax comes into force as soon as possible.

The government believes it is the solution to the infrastructure developmental problems confronting the nation, thus the revenue generated through this avenue will help the government to revamp the economy.

Although the government is certain about the benefits of the e-levy, seasoned journalist, Kwesi Pratt has joined the many Ghanaians speaking against its relevance.

Speaking in an interview monitored by African Editors in Accra-Ghana, on Tuesday, Kwesi Pratt that recent surveys conducted proved that more than 98% of Ghanaians do not support the e-levy, so wonders why the government still wants to implement it.

In a sharp reaction to some statements shared by the Deputy Majority Leader, Alexander Afenyo-Markin in which he quoted him as saying that Ghanaians have legitimate concerns over the e-levy, Kwesi Pratt was stunned by the adamant posture of the government to implement the policy.

He admonished the government to heed the legitimate concerns of Ghanaians.

He also disclosed another survey which tells Ghana has lost 8 billion dollars due to the undervaluation of the country’s gold exports and additional 2 billion dollars regarding the gold exports which cannot be accounted for, hence asking why the government is not focusing on this area to recoup adequate revenues to develop the country.

The E-levy Bill has not yet returned to the floor of Parliament for debates.