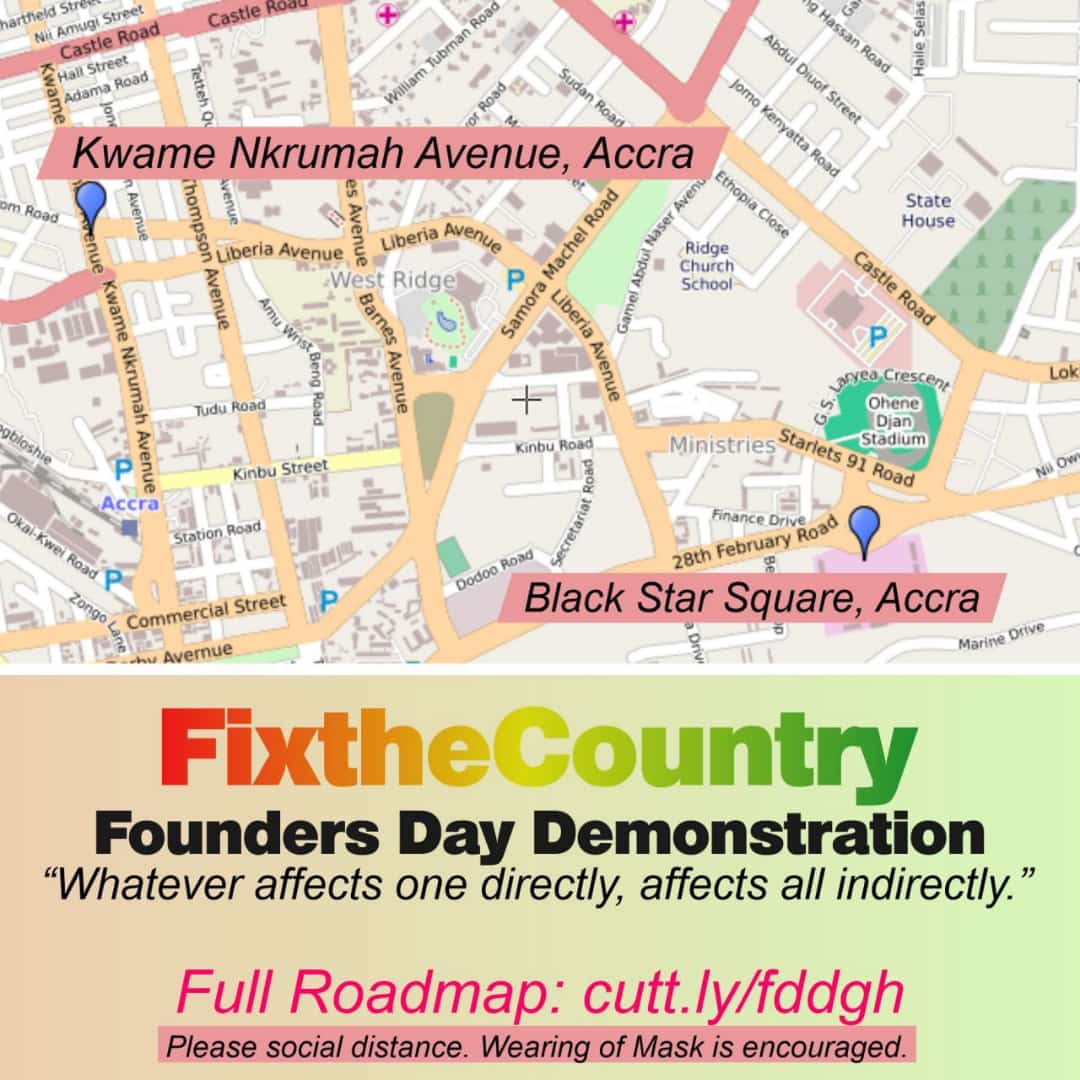 #FixTheCountry Movement is scheduled to hit the streets of Accra on Wednesday August 4 to register their displeasure over government’s failure to tackle head-on burning issues facing Ghanaians.

In what appears to be a much anticipated massive demonstration and the first of its kind by the social media movement after formation has been on the drawing board.

This protest is finally scheduled to take place after several unsuccessful attempts amid police frustrations, arrest of its members and Ex-parte court order which was quashed by the Supreme Court.

The last legal battle the movement has to fight was another application on notice filed by the police at the High Court solely to stop the protest but was unsuccessful, paving the way for the #FixTheCountry Campaigners to stage the much awaited protest in Accra.

In an interview monitored by African Editors on Monday 2 August 2021, leadership of #FixTheCountry Campaigners said” members of the movement, sympathisers, protestors and others who share their vision are expected to converge at Obra Spot in Kwame Nkrumah Circle early morning for the protest.