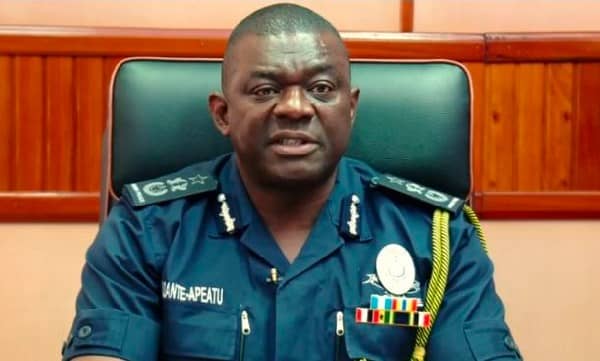 Investigative Journalist Manasseh Azuri Awuni has alleged that Former Inspector General of Police( IGP) David Asante Appeatu’s withdrawal of defamation case against Net 2 TV presenter Kwaku Annang was because he has lost faith in the Judicial system in Ghana.

The former IGP filed a defamation suit against Kwaku Annang over several allegations he has made in this network, Net 2 TV belonging to Kennedy Agyepong.

Some of the allegations were that Mr. Asante Appeatu was protecting criminals during his tenure as IGP.

It was initially difficult to serve Kwaku Annang with the lawsuit, but it was later published in the newspapers which was sent to his office. Despite, he still failed to show up in court.

The last court hearing which later led to the Former IGP discontinuing the case, the Lawyer for Appeatu was asking the court to pass verdict on the case since the defendant has been dodging.

The Judge then asked how long has the Lawyer been practicing and whether he knows the kind of people he is dealing with.

The Judge’s comment did not go down well with the plaintiff who later wrote to discontinue the case.

Manasseh took to social media to comment about the issue. He claims his sources have told him, the former IGP decided to discontinue the case because he has lost faith in the Judiciary.

“Former IGP David Asante Apeatu has discontinued the defamation case. My sources close to him say Mr. Apeatu’s decision is due to some pronouncements made by the judge in open court. They say he’s lost faith in the judiciary and does not want to waste his time on the matter”