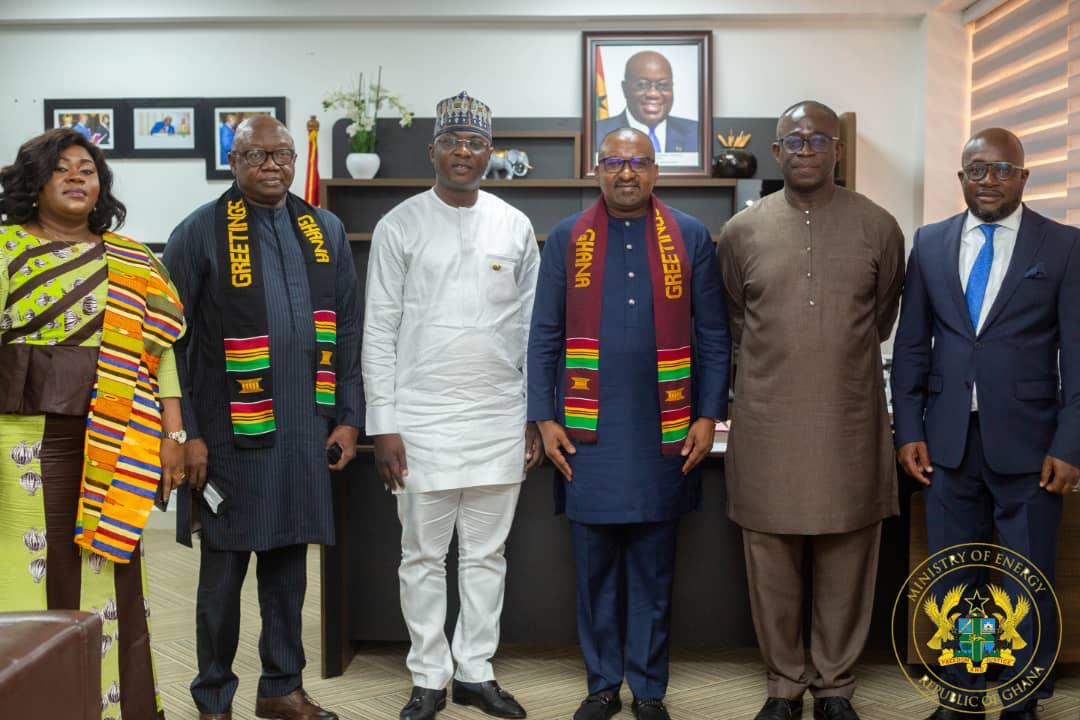 Vice President of Sierra Leone, H.E Dr. Mohammed Juldeh Jalloh, has praised Ghana’s progress in the power sector and has indicated that his country has valuable lessons to learn in this regard.

Dr. Jallow made this point earlier today when he led a delegation to the Ministry of Energy for discussions on the sector. He was received by Deputy Ministers Hon. Dr. Amin Adam, Hon. Andrew Mercer and Hon Owireku Aidoo on behalf of the Minister, Dr. Matthew Prempeh, who is out of the country on an official assignment.

In his remarks, Dr, Jalloh, who revealed he was once a resident at the Commonwealth Hall of the University of Ghana, stated that Ghana had made a considerable amount of progress in the energy sector from its days of power instability, and that Sierra Leone had important lessons to learn from Ghana in order to improve its electricity access from 31% at present, compared to Ghana’s 86%. He noted that Sierra Leone faces similar challenges that Ghana once faced, including poor infrastructure and crippling debts of the state distribution company, among others.

Earlier, in his welcome address on behalf of the Minister, Dr. Amin stressed that Ghana and Sierra Leone enjoy warm relations and share many similarities. It was therefore imperative that the two countries continue to cooperate closely and learn from each other, particularly in the area of energy, which he described as the ‘backbone of every economy’. The Deputy Minister, who is also the MP for Karaga, revealed that Ghana had learned a lot of things in the energy legislative space from Sierra Leone.

The two sides engaged in discussions bordering on the MCC Compact from which Ghana had benefitted and Sierra Leone is yet to access, relationships with Independent Power Producers and several other dimensions on the energy sector.

In this article:Ghana’s progress in power sector is admirable’- Sierra Leone Vice Prez