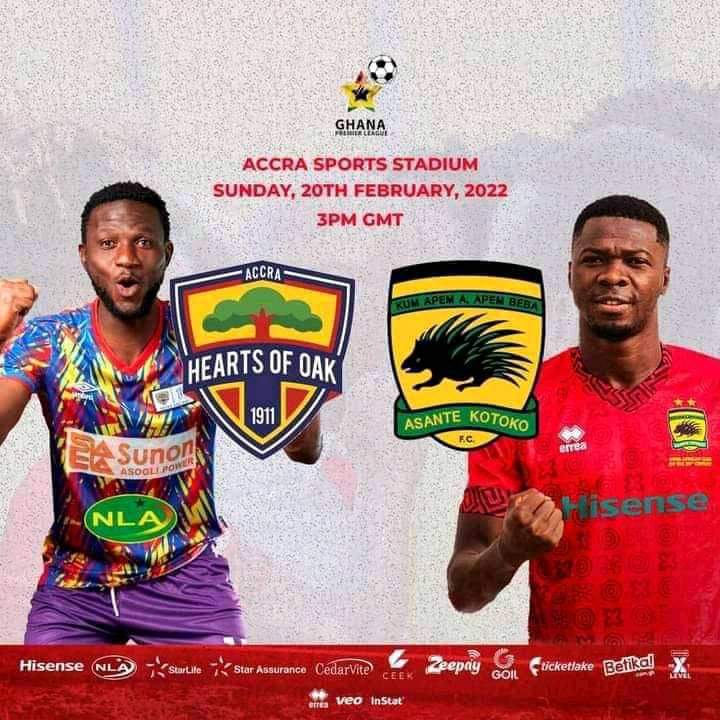 Due to Hearts African campaign, the GPL week 7 match between Hearts and Kotoko was rescheduled.

The biggest Match on Ghanaian football calendar and it is dubbed super clash.

Some football pundits are of the view, matches between the two is not determined by form guards. One team can be in a good form but will lose the super clash because players and technical team is aware of significant the game is to fans.

Some also believe when Hearts is in a top form they mostly defeats Kotoko.

Going into today’s match, Kotoko is the team on form between the two, they have played 16 matches each, with Kotoko winning 11, drawing 3 and losing only 2. While Hearts has won 6, draw 6 and losing 4.

Based on form Kotoko starts as favourite to win but based on not form guard philosophy, Hearts can pull a surprise win.

National Sports Authority( NSA) after several consultations has lifted the restrictions that limited football fans to the stadium.

As many as thirty thousand football fans could watch the match live at the stadium.

12 points are separating Kotoko the league leaders and Hearts who occupies the 8th position.