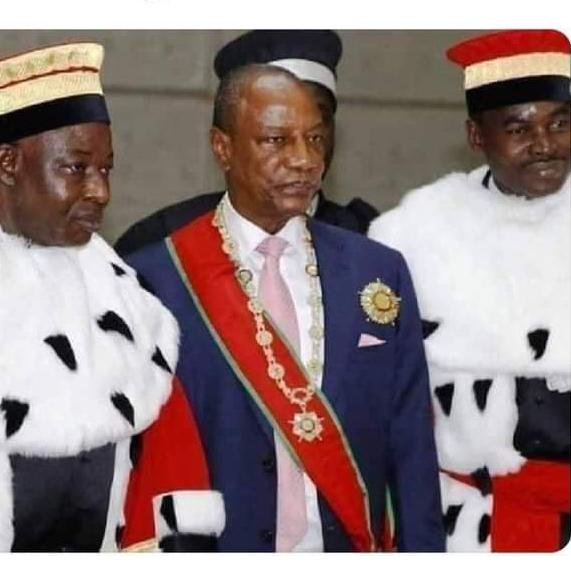 Passport of the President of the Supreme Court has been confiscated with a total ban from travelling outside the shores of Guinea.

President Alpha Conde amended the constitution of Guinea via a controversial referendum, shifting presidential threshold of second to third term because of his inordinate agenda to stay in office beyond ten years.

The unconstitutional decision was approved by his self seeking collaborators from the Supreme Court who backed Alpha Conde to subvert the will of the people of suspended Francophone ECOWAS member states.

With the presidential table already turned upon the military overthrow of President Alpha Conde led by Lt. Col. Mamady Doumbouya, the wind of change is fast-hitting law lords of Guinean Supreme Court who have already been compelled to submit official vehicles in line with the new order.

Prof. Alpha Conde was booted out of power and detained on Sunday September 5, 2021 in a coup led Lt. Col. Doumbouya who accused him of economic mismanagement and abuse of human rights.