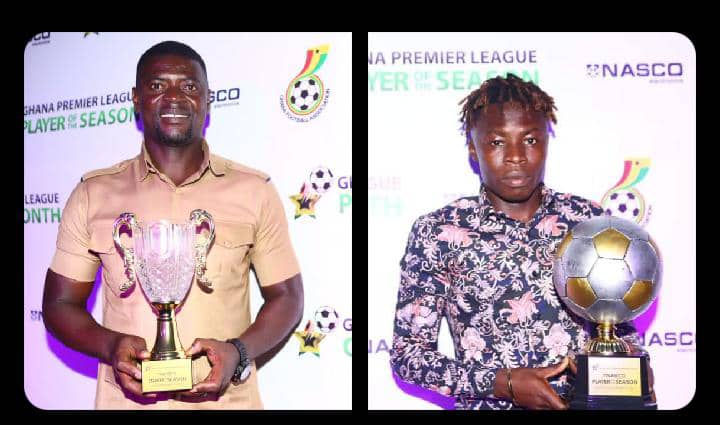 Hearts of Oak Coach Samuel Boadu and Salifu Ibrahim have been adjudged the Best of Coach and Best player of the season respectively, in a short ceremony held in Accra on Monday at head office of NASCO

Hearts defied all odds and won the league after 12 years of league drought, including the FA Cup.

Samuel Boadu joined Hearts from Medeama SC early this year, and guided them to win double, the league, and FA Cup.

His splendid performance has been rewarded by the Ghana FA Technical Team after he was adjudged the Best Coach of the Season.

There were double joy for Hearts of Oak as their talisman Salifu Ibrahim also won the most valuable player in the league. Salifu also joined Hearts in the second round from Eleven Wonders and played a significant role in the double-winning team. He scored three goals and provided eight assists and won eight man-of-the-match awards.