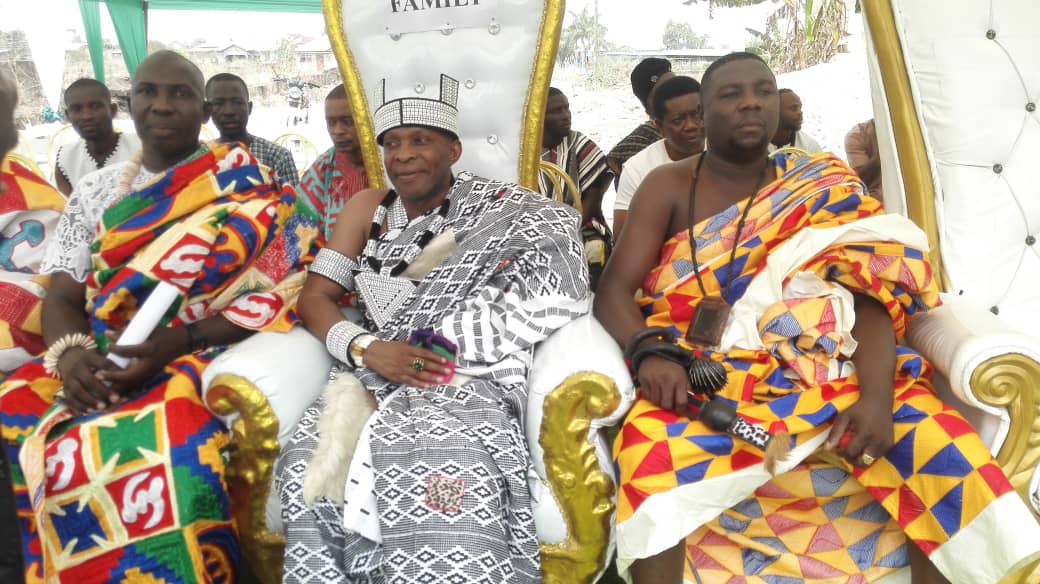 The Nii Akwanor Royal Family has an office that will help resolve chieftaincy and land disputes in Ashalaja Community.

After a Long battle in court, the Supreme Court has ruled in favour of Mr. Solomon Mintah Ackaah as the substantive Head of Nii Akwanor Royal Family and has made him to obtain the mandate of alienating Lands to prospective developers and new clients.

In view of this, a publication was made in the dailys followed up by other notification.

According to the family, to buttress this point with reference to the publication” All must take note that Ashalaja Lands is a family Land but not Stool Land’s, and it is only the legitimate head of family( Solomon Mintah Ackaah)who has the authority to make disposition of such Lands.

Speaking at the official opening of the edifice, the head of Nii Akwanor Royal Family, Mr. Solomon Mintah Ackaah reiterates that its office is not a court to deal with land litigations. It will only refer challenges beyond its capacity to the appropriate authorities for redress.

“Let me use this opportunity to inform any individual or organization who have acquired land in Ashalaja in the names of Adams Addy and Adu Akwanor to come and regularize the said grant with the secretariat set up by the family in compliance with the Land Act 2020(Act 1036)”he cautioned.

Mr. Solomon Mintah Ackaah appealed to government to come to their aid help the community gets it’s own police station to enable the police deal with menace of Landguards.

He assured government that the family have reserved some potions of lands for such development’s as follows; Establishment of Senior high school, market, One district one factory and clinics.

Meanwhile the Nii Shippi of Akwanor Royal Family, also said that Ashalaja Lands is been encroached by some scrupulous individuals who doesn’t want peace to prevail in Ashalaja Community, so that they can use their landguards to take properties belonging to rightful owners.

He thank God that aftermath of the long battle in court peace have prevail in Ashalaja Community at long last.