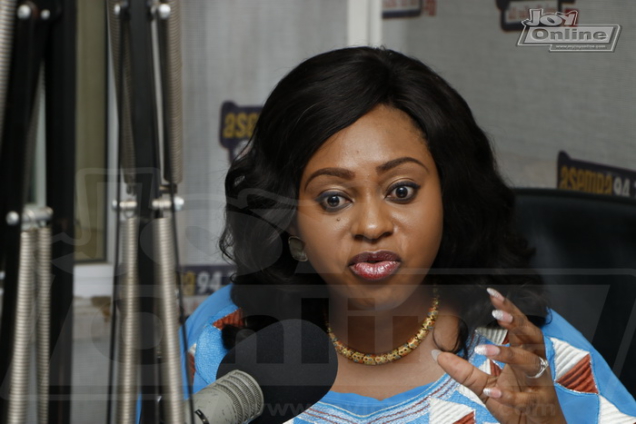 Even before Ghana’s lawmaking house debate report from Privileges Committee in the floor of Parliament later this week, MP for Dome-Kwabenya, Sarah Adwoa Safo, has revealed the ordeal she grappling with in her party, the NPP.

According to her, she has become a victim of a sustained political witch-hunt by certain elements in the NPP and in Parliament for their own parochial agenda and self-seeking interests.

The former Deputy Majority Leader and Procurement Minister Lawyer Safo expressed shock about how she is being treated differently by people, including members of her own party for staying away from official duty in order to attend to personal issues involving her child.

She expressed surprise about not enjoying the famous support of her party leadership both in Parliament and at the party level in her most difficult moments.

The Gender and Social Protection Minister made the remarks in a congratulatory message to the newly elected National Executives of the party shared on Facebook.

She said she had sacrificed a lot including her family for NPP but she is now being described as a traitor, “and there are schemes to oust me from my position as MP and Minister”.

The Dome-Kwabenya MP could not fathom why some members of the NPP in Parliament are treating her in an unpleasant manner instead of protecting her just as they did for a colleague Minister who stayed out of Parliament for almost two years over a similar reason.

Madam Safo noted that the theme for the just-ended National Delegates’ conference ‘Holding Together, Working Together’ embodies what members of the Danquah-Busia-Dombo Tradition must do, and stand for.

“There is the need for us to stay united. Every single person and vote is needed in our singular quest to break the eight. We cannot give up on anyone,” she added.

The MP failed to take her turns at the Privileges Committee of Parliament hearing after Rt. Hon. Speaker Alban Bagbin referred her upon absence from Parliamentary duties for more the 15 days of sittings in tandem with law.

In this article:– Adwoa Safo,' of 'sustained political witch-hunt',I’m a 'victim