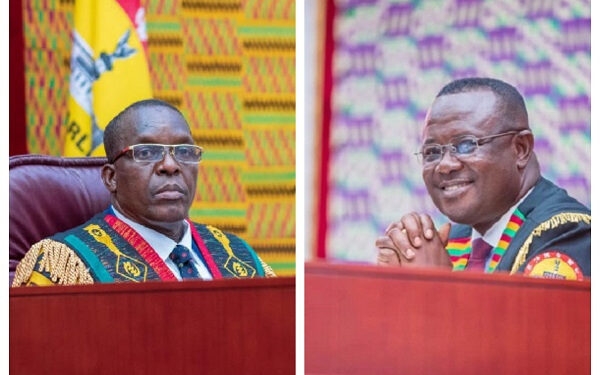 Speaker of Parliament Rt. Hon. Alban Kingsford Sumana Bagbin says First Deputy Speaker, Joseph Osei Owusu erred in his ruling to reject a private Member’s Bill seeking to usher-in investigations into the Covid-19 expenditure made by the Akufo-Akufo-Bawumia-led Administration since Ghana was hard-hit by the infectious disease in 2020.

According to Bagbin, the motion was admitted within the context of Order 79 clause 4.

He also stated that the decision made by the Presiding Speaker cannot be overruled by another speaker.

He noted that the First Deputy Speaker’s decision to overturn his ruling as unconstitutional, illegal and offensive.

The Private Member’s Bill which was moved and seconded accordingly by MP for Ajumako-Enyan-Esiam, Dr. Cassiel Atto Forson and MP for Asawase, Alhaji Mohammed-Mubarak Muntaka on Tuesday, 22 February 2022 was struck out by First Deputy Speaker on the grounds that the matters the bill seek to address falls under the jurisdiction of the Public Account Committee of Parliament.

This was after Deputy Majority Leader, Alexander Kwamena Afenyo Markins raised a Preliminary objection on the grounds that the matter was premature, because the Auditor General is the appropriate person to handle the matter under the 1992 Constitution.

In his formal statement on the Floor of the house today, Wednesday, 23 February 2022, the Speaker expressed surprise at the turn of event after he left the seat.

He said he will meet with his deputies and make sure the anomaly does not occur in future.

He however, sustained the ruling of the first Deputy Speaker on the matter.