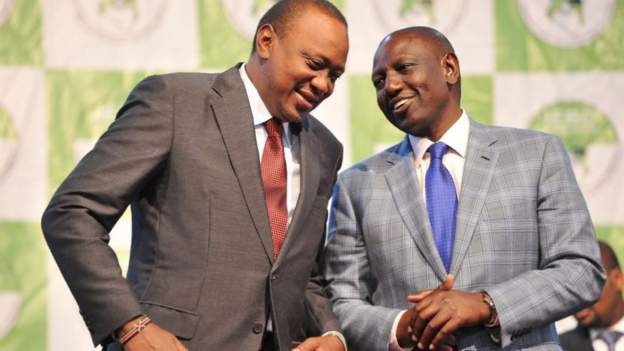 Kenyatta fails to congratulate me – Ruto

In a special interview monitored by African Editors, Kenya’s President-elect Ruto revealed the outgoing leader has not seen it fit to congratulate him after defeating his main candidate, Raila Odinga.

“I have won the elections that is what is important. Unfortunately, President Kenyatta has not seen it fit to congratulate me but I think that’s fine. Maybe he is a bit disillusioned, or maybe he is unhappy that I defeated his candidate. But that is the nature of politics,” he said.

Asked about the essence of a peaceful election as witnessed in the last election, Ruto confirmed that Kenyans had become mature and its democracy was strengthening.

“I think it speaks to the heart of the maturity of the democracy of our country,” he said. No citizen, no leader wants their country to be famous for violence. We can go to an election, we can decide who our leaders are and the next day we can go back to work,” he added. That is the standard we have raised for ourselves as the people of Kenya, I am very proud of it.”

Ruto had earlier indicated that he had a telephone conversation with both Kenyatta and Odinga. He further reaffirmed that he will work with everyone even from the opposition and will be the president of all Kenyan.

Kenya’s outgoing President Uhuru Kenyatta had pledged that there would be a smooth transition of power though he maintained that his leader will always be Raila Odinga.

Ruto had served as deputy president under Kenyatta since 2013, supporting him in two elections with a promise that he would have the backing of his boss in this year’s vote.

It was a political marriage of convenience forged in the aftermath of deadly post-poll violence in 2007-2008 that largely pitted the Kikuyu, Kenyatta’s tribe against the Kalenjin, Ruto’s ethnic group.

Both men were hauled before the International Criminal Court (ICC), accused of stoking the ethnic unrest.

The cases were eventually dropped, with the prosecution complaining of a relentless campaign of witness intimidation.

But Ruto was left out in the cold after Kenyatta shook hands with longtime foe Odinga in a dramatic switch of political allegiance in 2018.

He bounced back with a campaign that was directed as much at Kenyatta as his rival at the ballot box, blaming the government for Kenya’s economic woes and even accusing the president of threatening him and his family.