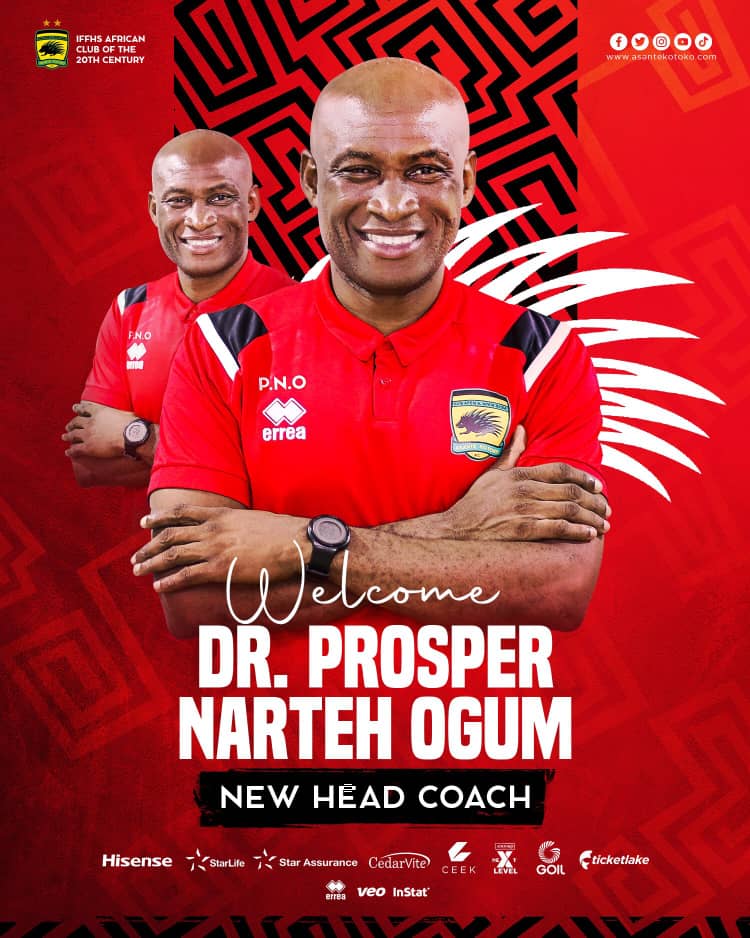 The club’s official Twitter account confirmed that Dr.Ogum has signed two years contract with the club and he is going to steer their affairs henceforth.

Kotoko started the 2020-2021 season with indigenous Coach, Maxwell Konadu, but sacked him after few bad results. They later appointed an expatriate, ex-Black Star Coach Mariano Barreto, who started on a good note but couldn’t win a trophy for the porcupines.

He granted radio interviews and made several allegations about how the club been managed unprofessionally.

Some of the revelations incurred the wrath of the supporters who called for his head.

He managed WAFA to finished third in the league last season.