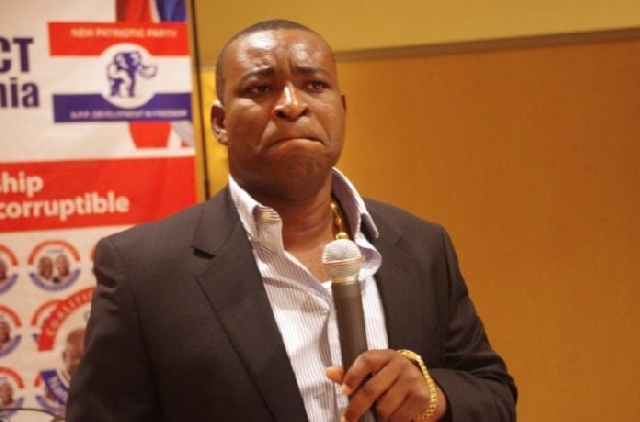 Ashanti Regional Chairman for the governing New Patriotic Party Bernard Antwi Boasiako also known in private life as Wontumi debunked claimsin the public domain that the party is owing rent, compelling the Landlady to storm the party’s Regional Headquarters to shut down the office pending eviction.

Speaking at a press conference on Monday 22 November 2021, Wontumi’s Campaign Communications Team insists “They have engaged the owners of the property who confirmed that the party does not owe them rent”.

Chairman for the Communication Team Duncan Opoku Boateng also known as Bombay said the regional party headquarters was rented for 10 years and was fully paid by their Boss and does not owe the Landlady.

Boateng noted that some people who want to contest Chairman Wontumi cooked the information to influence the nieces of the Landlady to take the action as a way to make him infamous ahead of crucial internal party elections.

A according Boateng, the party executives have commenced investigations into the matter to fish out those behind the spreading of the false information.

Meanwhile, the party is lacing its boots to organise its annual Delegates’ Conference slated for December 18 to 20 as part preparations ahead of 2024 elections.