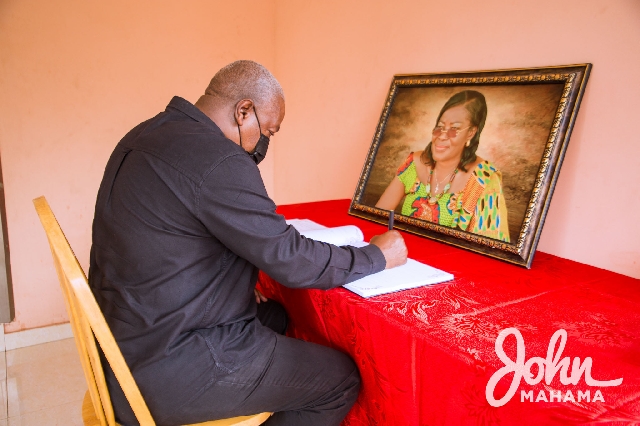 EX-President John Dramani Mahama has appended signature to a book of condolence opened for the late Ama Benyiwa-Doe by her family.

The Ex-Council of State Member during Mills-Mahama Administration kicked the bucket on Sunday, 20 September 2021 at 73.

In a statement following her passing, EX-President Mahama described the former Member of Parliament and Central Regional Minister as “one of the most icons who served the NDC, and great Ghana”.

“She was a government official, yet additionally a defender of women’s rights. Ama Benyiwa-Doe was an epitome of boundless fortitude, responsibility and energy for administration,” he expressed.