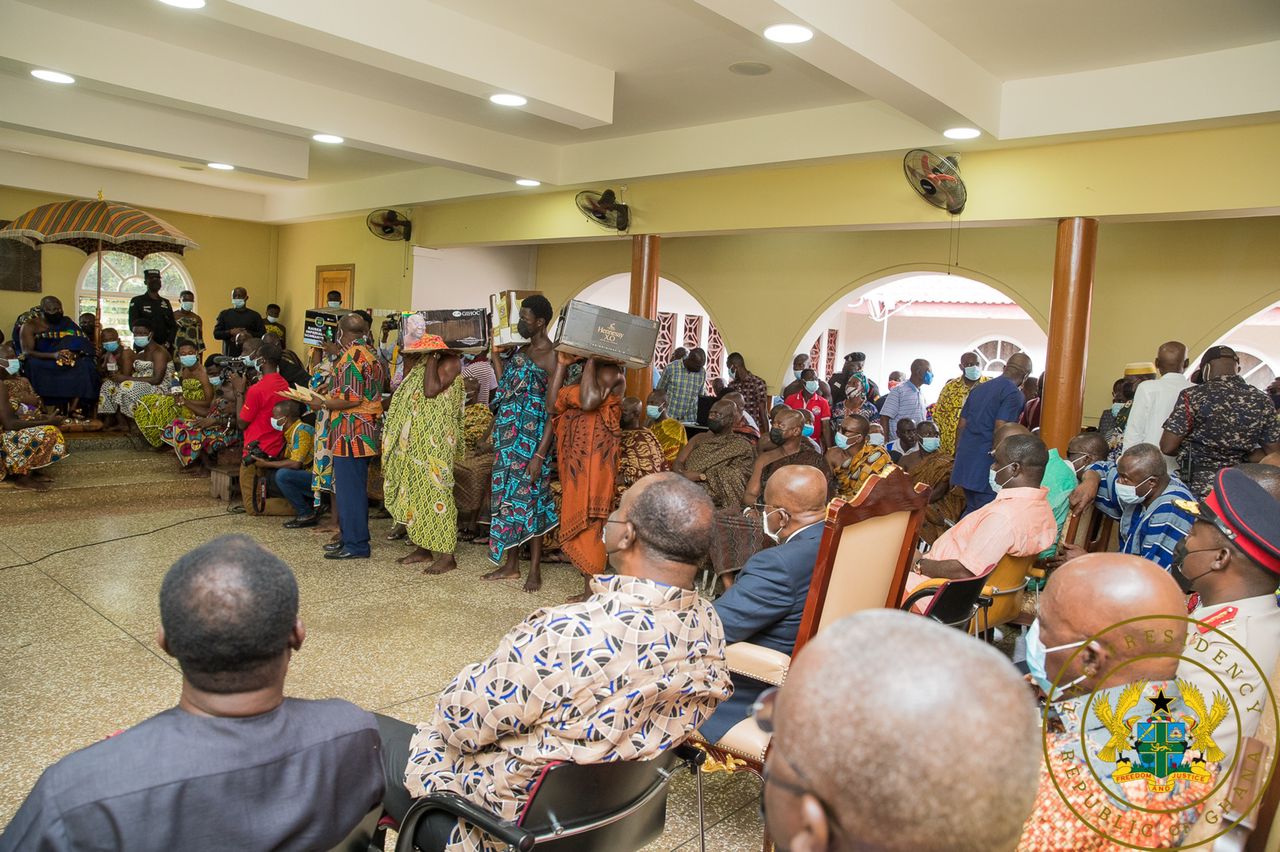 Speaking when he paid a courtesy call on the Asantehene Otumfuo Osei Tutu II at the Mankhyia Palace in Kumasi as part of his tour of the Ashanti Region, President Akufo-Addo said “Two of your sons are eyeing the presidency, they intend to contest for 2024 NPP flagbearership when the race begins. They are Agric Minister Dr. Owusu Akoto Afriyie and Alan who has long standing ambition of becoming a president and has been vying for the seat. They are eyeing the presidential seat”.

This was after the president inspected the progress of work on the Kumasi International Airport which was 77% completed.

President Akufo-Addo revealed that there will be a test-run of the Airport in January 2022 to pave way for full operations starting in June. ”