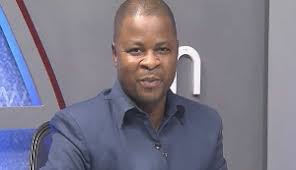 Government is fighting back after CDD-Ghana survey revealed that overwhelming 62% of Ghanaians has no confidence that President Akufo-Addo is capable of battling  corruption.

Latest report by CDD-Ghana shows that whereas Ghanaians are divided over Akufo-Addo government’s capacity to uphold rule of law, 62% of them doubts the presidents capacity to safeguard the country’s monetary assets and fight against corruption in four years.

This is as per a post-election overview report of the Center for Democratic Development-Ghana (CDD-Ghana).

The hearts of the report demonstrated that 62% of Ghanaians said Akufo Addo can’t corruption and indiscipline by persons on the corridors of power.

53% are additionally not certain that the public authority can secure the country’s monetary assets by assuming the responsibility of ensuring accountability in public administration.

Be that as it may, in spite of the fact that Ghanaians are suspicious of the president’s obligation to stamp his authority on corruption fight, there is blended put stock in the public authority’s capacity to satisfy a portion of the 2020 promises codified in the New Patriotic Party’s manifesto.

The latest damming verdict and views by Ghanaians on Akufo Addo’s poor showing in the fight against corruption comes at the time both the NPP and NDC are at each other’s throats over abysmal performance in anti-corruption.

But, the NPP has rejected the report and says a president who is not ready to fight corruption cannot set up anti-graft institution and pass laws to legally nail corrupt persons and their self seeking collaborators.

According to Lawyer Kpemka, “apart from establishing Office of Special Prosecutor and passage of the old-aged Right to Information Bill into law, President Akufo-Addo upgraded corruption related offences from misdemeanor to second degree felony where persons found guilty could be slapped with 25 years in jail term in the eyes of the current law”.

Lawyer Kpemka noted that “Many persons are on trial on charges and grounds of corruption under President Akufo-Addo and that the latest corruption perception index does not reflect the reality “.

Below are the findings :