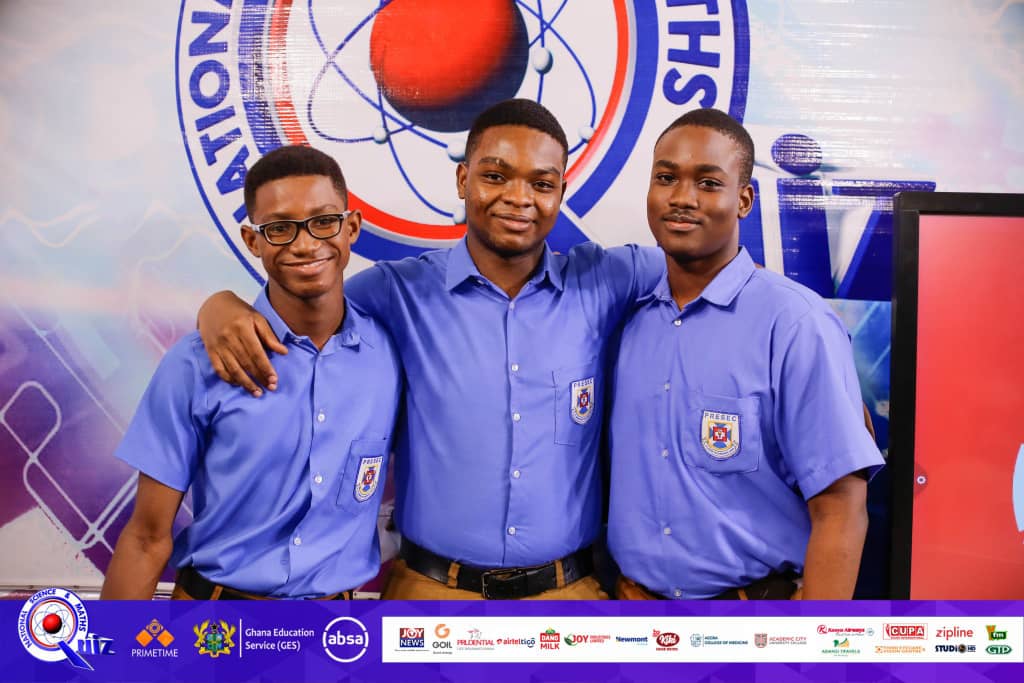 Presbyterian Boys SHS-Legon (PRESEC Boys) is the first to book tickets for the grand finale of National Science and Maths Quiz (NSMQ) after it puts up splendid performance by beat competitions from St. Peter’s and Chemu Senior High Schools at KNUST campus.

PRESEC Boys started the contest on a flying note, winning the first and second rounds only to score 0 out of 10 in the problem of the day.

They quickly put aside the scores in the problem of the day and won the remaining two rounds to emerge as the winners of the first semi-final with 50 points. The closest contender was Persco with 34 points and Chemu with 21 points.

The Presecans came into the auditorium with blue Lacoste with scribbles “we are 7 a living God” an indication that they are winning their seventh trophy this year.

One of their team members Henry Otumfour caught ill and was replaced by Joel Aboagye after the first round.

By the close the day, PRESEC will know their opponents for the grand finale.