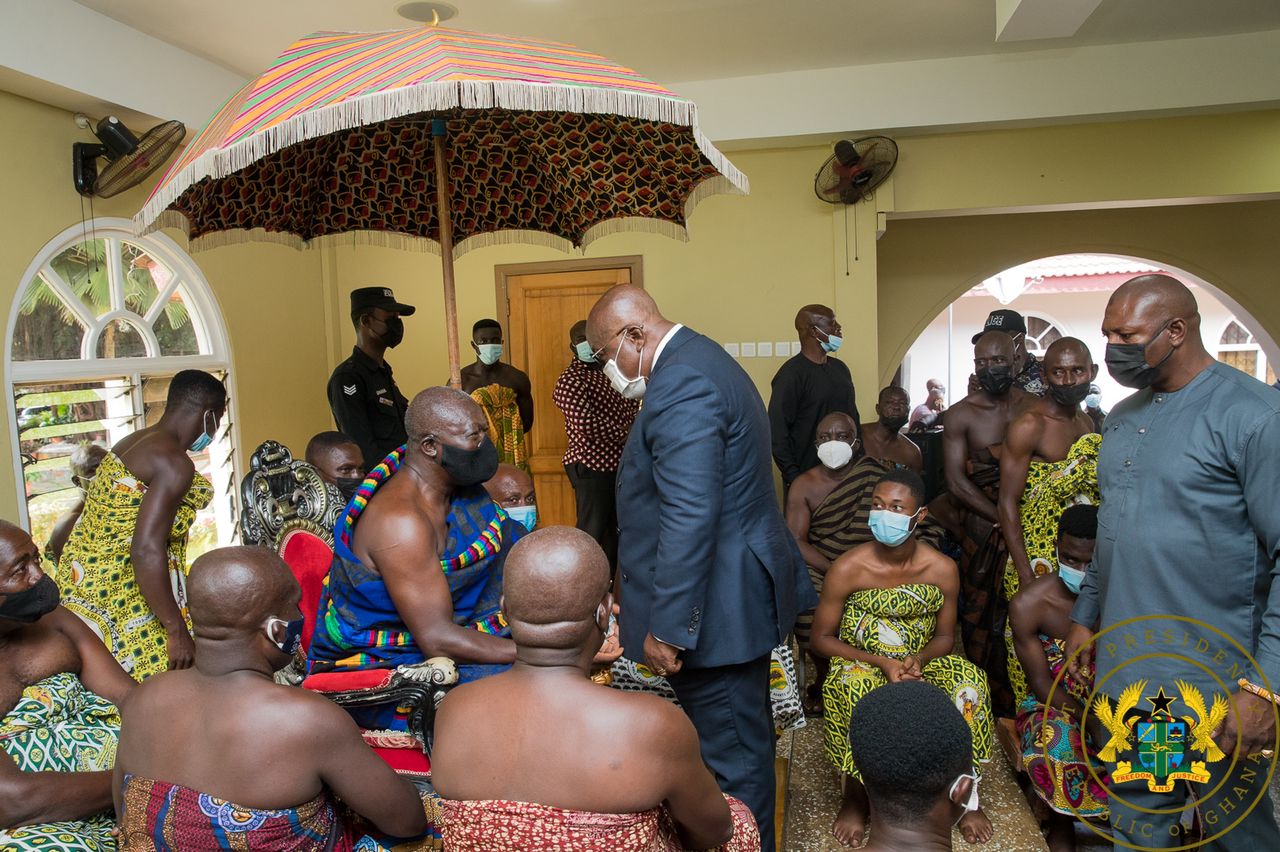 Asantehene, Otumfuo Osei Tutu II has forewarned President Akufo-Addo to verify feedbacks from his appointees to acquaint himself with the truth in order to be on top of issues.

President Akufo-Addo during his tour of the Ashanti Region told Asantehene that, “I have given Asanteman more roads than any Government.”

In a sharp reply, Otumfuo cautioned the president that “Be careful of the kind of feedback you get; you will be told the sweet things, but behind is bitter”.

According to Otumfuo, “Leaders may be deluded by dependable appointees who just give positive but deceitful criticisms”.

He in this way advised the President to consistently visit key and flagship projects to get to direct data on progress of work.

Asantehene accepts normal visits to project destinations will assist the President with precisely refreshing himself on the condition of progress.

Through such visits, proper choices will be taken to the advantage of individuals and government.

“It is useful for the President to visit the activities himself. In the event that you pay attention to reports from individuals, they will consistently convey the up-sides. Be that as it may, on the off chance that you visit the tasks, assignments, you will see the negatives and roll out fundamental improvements”, he said.

The Asantehene anyway needs the President to guarantee advancement in the Ashanti Region by following through on his command.

“Ashanti Region has seen some advancement in your term. We are confiding in you to finish the extraordinary ones”, he added.

The remarks by the Asantehene follows a kindness call by the President as a component of his visit through the Ashanti Region.

President Akufo-Addo on his part demonstrated government’s obligation to make sure each region gets something reasonable of the national cake.

We haven’t had the option to follow through on every one of the project yet we are progressing nicely. In the space of streets, there have been huge improvement. There were delays at the Boakra inland port yet we have discovered arrangements so we will begin soon”, he underscored.

As a component of the visit, the President reviewed progress of work at the Kumasi Airport.

The redesign of the air terminal to global status is 77% finished and is relied upon to be finished by August one year from now.

Undertaking Consultant, Nana Ametepe, said the current air terminal structure would be obliterated when the new building is finished.