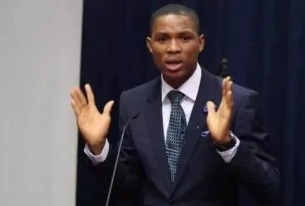 The strategy by the police to legally nail Madina Member of Parliament Francis Xavier Kojo Sosu suffers another setback second time after the Speaker of Parliament Rt. Hon. Alban Kingsford Sumana Bagbin told the police that the MP is out of the jurisdiction.

The Human Rights Lawyer was charged for obstructing highway and causing damage to public property after he escaped arrest the second time amidst refusal of the Speaker of Parliament to release him for the police for questioning.

Speaker of Parliament, Alban Bagbin, is said to have written to the Police administration informing them that Madina MP, Francis-Xavier Sosu is out of the country on Parliamentary business.

The embattled MP was to show up in court on Monday morning but failed to turn up.

Police Prosecutor ASP Sylvester Asare informed the Kaneshie District Court that a letter had been received from the Speaker indicating that the MP was out of the jurisdiction.

The case was consequently adjourned to November 16 for Xavier-Sosu to show but the Speaker of Parliament maintains the Madina is on Parliamentary duty outside Ghana.

The human rights lawyer on October 25, led his constituents on a demonstration to get their bad roads fixed.

Mr Sosu is accused of unlawfully blocking a public highway and causing destruction to public property.

Since the protest, there have been a lot of back and forth between the MP, Parliament and the Police.

Although the Police have attempted to arrest the MP, he has resisted arrest, citing articles 117 and 118 of the Constitution.

Speaker Alban Bagbin had earlier written to the Police Service indicating his inability to release the MP to assist with investigations.

The Police secured the criminal summons against the MP after unsuccessful attempts to arrest him for his alleged breach of the law.