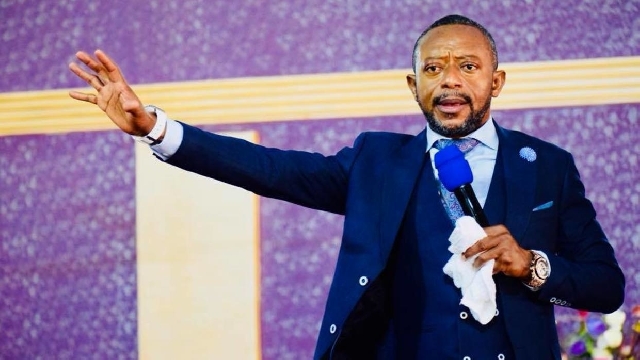 Rev. Owusu Bempah & 3 others to appear in court today

Founder and General Overseer of Glorious Word Power Ministries International Rev. Isaac Owusu Bempah and three of his Junior Pastors are expected to appear in court today Monday, September 13, 2021 after they were arrested on Sunday September 12, 2021 for allegedly assaulting Police officers coupled with threats in a viral video.

The three are Nathaniel Agyekum, Michael Boateng, Frederick Ohene with 2 others on the run where the police are on manhunt for them.

Upon arrest on Sunday, Rev. Bempah and 3 others were detained by the police to assist detailed probe solely over crafting and virally putting videos on social media, during which they were brandishing guns amid assaulting police officers.

According to the Police, some church members suspected to be under the beg and call of Rev. Bempah assaulted police officers upon their arrival at the premises of the church located at Odorkor opposite Crystal TV.

The assaulted police officers have since been undergoing treatment.

The decision to arrest Rev. Bempah and 3 others were arrested after thorough scrutiny of the viral video on social media.

In this article:& 3 others to appear,in court today,Rev. Owusu Bempah