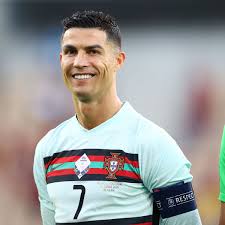 Cristiano Ronaldo has finished his Manchester United clinical as he closes on a re-visitation of his previous club.

United declared they had agreed with Juventusto re-sign the 36-year-old forward on Friday.

Individual terms have been concurred on a two-year contract.

The Premier League club will pay around €15m (£12.87m) in addition to a further €8m (£6.86m) in additional items for the Portugal commander, who went through a clinical in Lisbon throughout the end of the week.