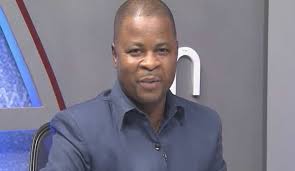 Deputy Attorney General and Minister of Justice Joseph Dindiok Kpemka has urged Majority and Minority MPs to build consensus on issues in order to adequately discharge the business of devoid of partisanship.

In his reaction to the development, the former Tempane MP said “I don’t know what our parliament is turning into these days. I mean 2022 Budget is rejected, so no money will be provided for running government business ? Is that what we want. Let’s build consensus on matters to help the nation to work”.

Majority walked out of the chamber raising concerns about the conduct of the Speaker Alban S.K Bagbin. The majority caucus led by Osei Kyei-Mensah Bonsu earlier challenged the Speaker’s ruling, after a voice vote was taken on a request by Finance Minister, Ken Ofori Atta for further engagement with leadership of the house before the question for adoption or otherwise of the budget was put.

Deputy Majority Alexander Afenyo Markin requested for a division on the decision which compelled the Speaker to direct that all persons who were not Members of Parliament vacate the lobbies to carry out voting in consonance with the Standing orders on a division requested by Afenyo Markin. This got majority unhappy during which the staged a walkout.

After the Speaker suspend sitting for five minutes due to disorderly state of the house after which the house came back to conduct business upon after a headcount, the budget was rejected.

Addressing the press, Minority Leader, Haruna Idrissu held the view that the Majority is the cause of its own problem after running away from the approval of their own budget.

But the majority is contending the ruling of the Speaker, accusing him of unconstitutionality and that the motion for the approval of the budget is still properly before the house for decision.

Majority Leader, Osei Kyei Mensah Bonsu at a press conference said “the Speaker’s ruling is null and void and is not bidding on anyone”.

Meanwhile, a Law Lecturer at UPSA Law School Justice Abdullai says any attempt to seek interpretation on the rejection of 2022 Budget at Supreme Court will make matters worse.

According to him, the quorum issue raised by the Majority Leader is not sustainable because the record and register of Parliament is a hardcore evidence to show that over 270 MPs were in the house and the Majority even moved a motion at the time of proceedings.

“You’re on record of being in the chamber at the time of debates and even moved a motion..so if you suddenly exit the chamber just before a vote on the budget, how do you call that ? Can you reasonably say because you left in your own evolution just before a vote, it means there is no quorum? What kind of analysis is that ?”, he asked.

Below is a document of Speaker’s travel on 27 November 2021: