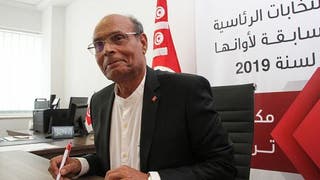 Tunisia has issued an international arrest warrant for Ex-President Moncef Marzouki Thursday over allegations that he disregarded the security of the North African state, a top Tunisian court said.

The court didn’t provide further and better particulars on the charges he is facing.

Marzouki has been living in France since last month and has severally appeared on television channels, and on social networks to call for the removal of the president , he describes as a “dictator”.

Current President Kais Saied said last month that he was placing embargo on the diplomatic passport of Marzouki after he urged France to halts subventions for Tunisia under Saied’s administration.

Critics of Saied revealed that he is the real architect behind what led to a coup in July and is attempting to consolidate power and make political opponents unpopular.