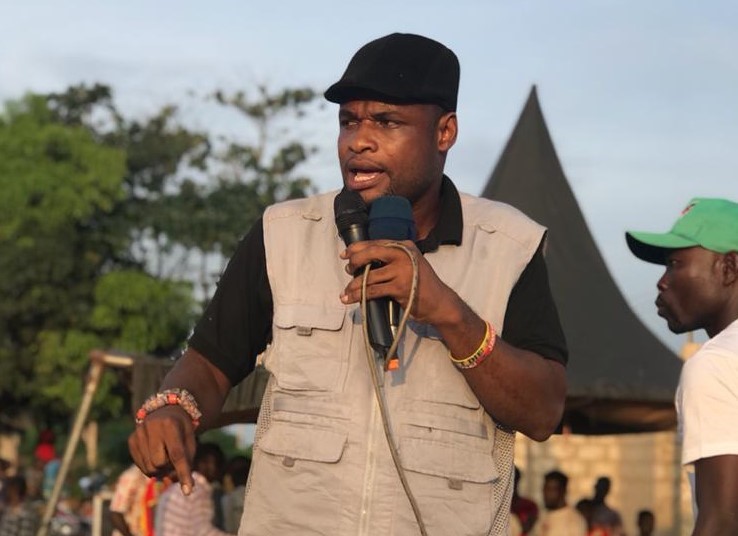 Bono Regional Youth Organizer of the National Democratic Congress (NDC), Efo Worlanyo Tsekpo, has reacted to Dr. Zanetor Agyemang-Rawlings’ latest appeal to the NDC to take urgent steps to bring back her mother Nana Konadu Agyemang-Rawlings into the NDC, a potent force for unity ahead of crucial 2024 polls.

The daughter of the late Former President Jerry John Rawlings made the appeal at the commemoration of the one year anniversary of the late Rawlings at the party’s headquarters in Accra today.

According to Efo Worlanyo, though the NDC did not sack Mrs Rawlings from the party, it’s clear she want to come back to her root.

He further revealed that, the call to reach out to Mrs. Rawlings was made about a year ago by Martin Amidu who also lost his way along the line and exactly a year after the death of Rawlings, Zanetor too is making the same appeal.

He noted that he doesn’t think that this call to bring back Mrs. Rawlings is a coincidence, but a well thought through move which should be given a thought by our leadership.

“Thank God it is on record the NDC leadership did not show any sign of hatred to her despite all what happened which caused the party alot,” he stressed.

According to him, “alot has happened in the past but looking at the waves blowing she want to come back to the party she struggled through with her husband till she fell off.”

“This call is coming from her daughter who has stepped in the shoes of our founder despite the fact that the driver of the Youtong bus is still John Dramani Mahama,” Efo Worlanyo Tsekpo stated.

“I agree with Zenator’s call for us extend a hand of special friendship that will reach her. We extended a hand of friendship to Obed Asamoah and today his main man Bede Zedeng won a seat for us.”

He also related the call to bring back Mrs. Rawlings into the NDC to the Biblical story of the prodigal son.