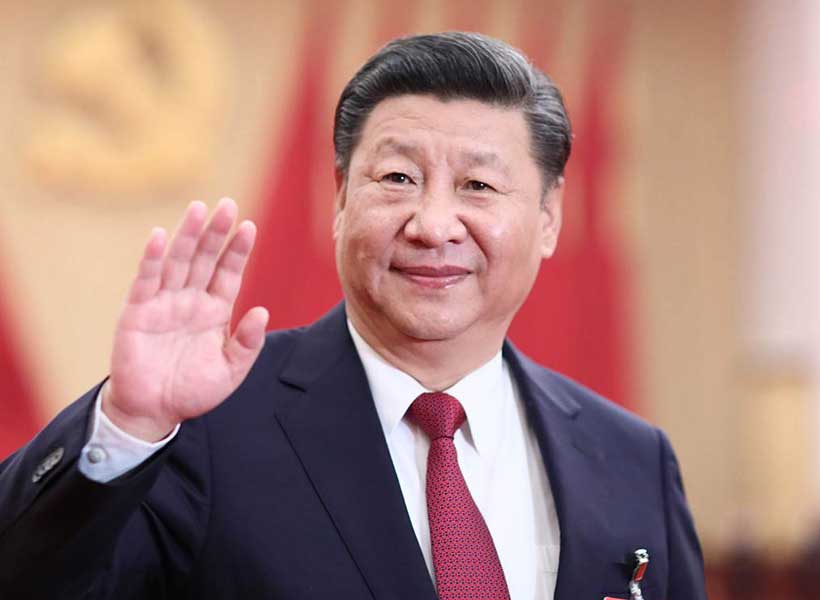 The ABC of the Taiwan Question by Chinese Embassy in Ghana

On 2 August, in disregard of China’s strong opposition and serious representations, Speaker of the US House of Representatives Nancy Pelosi visited China’s Taiwan region. This is a serious violation of the one-China principle and the provisions of the three China-US joint communiqués. It has a severe impact on the political foundation of China-US relations, and seriously infringes upon China’s sovereignty and territorial integrity. It gravely undermines peace and stability across the Taiwan Strait, and sends a seriously wrong signal to the separatist forces for “Taiwan independence”. China firmly opposes and sternly condemns this, and has made serious representations and strong opposition to the US.

A–Accurate Historical Record
The basis of one-China principle, both de facto and de jure, is unshakable. In April 1895, through a war of aggression against China, Japan forced the Qing government to sign the unequal Treaty of Shimonoseki, and forcibly occupied Taiwan from China. In December 1943, the Cairo Declaration was issued by the Chinese, US and British governments, stipulating that Japan should return to China all the territories it had stolen from the Chinese, including Northeast China, Taiwan and the Penghu Archipelago. The Potsdam Proclamation signed by China, the United States and Britain in 1945 (later adhered to by the Soviet Union) stipulated that “The terms of the Cairo Declaration shall be carried out.” In August of that year, Japan declared surrender and promised in its Instrument of Surrender that it would faithfully fulfill the obligations laid down in the Potsdam Proclamation.
On October 1, 1949, the Central People’s Government of the People’s Republic of China (PRC) was proclaimed, replacing the government of “the Republic of China” to become the only legal government of the whole of China and its sole legal representative in the international arena. One principle governing PRC’s establishment of diplomatic relations with a foreign country is that it recognizes the government of the PRC as the sole legitimate government representing the whole of China, severs or refrains from establishing diplomatic relations with the Taiwan authorities.

These propositions of the Chinese government met with obstruction by the then US government. After the start of the Korean War in June 1950, the US not only sent troops to occupy Taiwan, but also dished out such fallacies as “the status of Taiwan has yet to be determined” and later, step by step, lobbied for “dual recognition” among the international community. Naturally, the Chinese government resolutely opposed this, insisting that there is only one China in the world, Taiwan is a part of China and the government of the PRC is the sole legal government representing the whole of China. The above propositions constitute the basic meaning of the one-China principle, the crucial point being to safeguard China’s sovereignty and territorial integrity.

During the 30 to 40 years after 1949, although the Taiwan authorities did not recognize the legitimate status of the government of the PRC as the representative of the whole of China, they did insist that Taiwan is a part of China and that there is only one China, and opposed “two Chinas” and “Taiwan independence. ” This shows that for a long time there has been a common understanding among the Chinese on both sides of the Taiwan Straits on the fundamental question that there is only one China and Taiwan is a part of Chinese territory.

China’s position
The Taiwan question is the most important and most sensitive issue at the very heart of China-US Relations. The Taiwan Strait is facing a new round of tensions and severe challenges, and the fundamental cause is the repeated moves by the Taiwan authorities and the United States to change the status quo. The Taiwan authorities have kept seeking US support for their independence agenda, going all out to push forward “de-sinicization” and promoting “incremental independence”. The United States, for its part, has been attempting to use Taiwan to contain China. It constantly distorts, obscures and hollows out the one-China principle and steps up its official exchanges with Taiwan. China and the United States are two major countries. The right way for them to deal with each other lies only in mutual respect, peaceful coexistence, no-confrontation and win-win cooperation. The Taiwan question is purely an internal affair of China, and no other country is entitled to act as a judge on the Taiwan question.

The position of the Chinese Government and people on the Taiwan question has been consistent. It is the firm commitment of the more than 1.4 billion Chinese people to resolutely safeguard state sovereignty and territorial integrity. No country, no forces and no individual should ever misestimate the firm resolve, strong will and great capability of the Chinese Government and people to defend state sovereignty and territorial integrity and to achieve national reunification and rejuvenation.
China and Ghana enjoy a time-honoured friendship, forged by President Nkrumah, Chairman Mao Zedong, Premier Zhou Enlai and other leaders of the older generation. The two countries have always been good friends, good partners and good brothers. The Ghanaian government has always adhered to the one-China principle and has never established so-called “diplomatic ties” with Taiwan or had any official exchanges with the Taiwan authority.

In 2018, President H.E. Akufo-Addo paid a state visit to China, met with President H.E. Xi Jinping and attended the Beijing Summit of the Forum on China-Africa Cooperation (FOCAC). In 2019, Chinese Vice Premier H.E. Sun Chunlan visited Ghana and met with President H.E. Akufo-Addo. On 19 April 2022, State Councilor and Foreign Minister Wang Yi had a phone conversation with Ghanaian Foreign Minister Botchway. The Ghanaian government has reiterated its adherence to the one-China principle on many occasions. China deeply appreciates that.