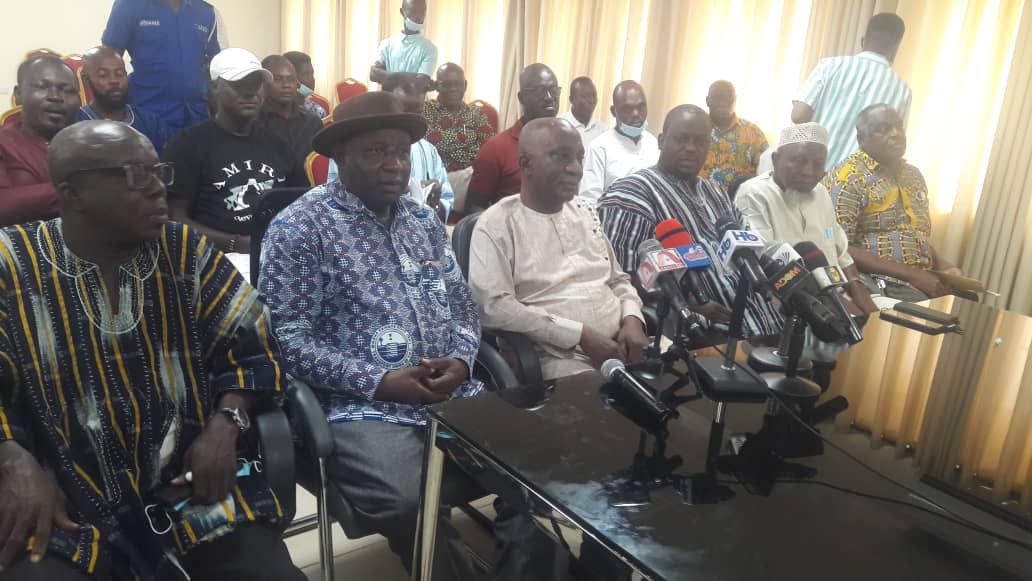 Coalition of 18 transport unions has suspended their pending strike action slated for Monday after issuing wasting redbands upon the intervention of the Transport Minister who promised to reduce the fuel price through Price Windows which would be announced by the National Petroleum Authority (NPA) coming Tuesday.

According to the unions, the Minister’s call came at the time when the Coalition has concluded to embark on a sit-down strike coming Monday as all their effort to make government reduce the fuel price hike proved futile.

The transport unions petitioned the government to scrap some levies and taxes on petroleum products to allow the reduction of fuel price at the pump when the country started to experience continuous petroleum price hike.

Speaking at the press conference, the General Secretary of GPRTU, Godfred Abulbire. who spoke on behalf of the Coalition, explained reasons why the Unions halted the strike action as a result of the Minister’s call to consider their plea and act on it.

“After our crunch meeting pertaining to the strike action, we had a call from the sector Minister who promised that a Price Window would be announced by the NPA to enable the reduction of fuel price this coming Tuesday which the Coalition agreed, hence, the need to halt the strike action”, he said.

But he said, though the Unions has rescinded its decision to embark on a sit-down, they still hold the government accountable until the Minister act on its promise by reducing the fuel price, hence, the need to totally call off the strike action.

“ All we want is reduction of fuel price at the pump and if the government is able to act on the promise, we have nothing more to bargain for”, he added.

He therefore urged all drivers and transport operator’s to be resolute and remain calm as they awaits the announcement of reduction in fuel price by the government on Tuesday.

In this article:18 transport unions,over fuel hikes,put on hold strike