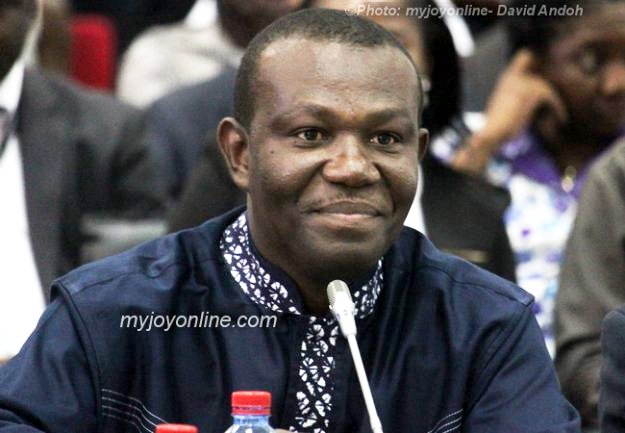 The Member of Parliament for Ho West and President of African Parliamentarian Network Against Corruption (APNAC) and GOPAC Board Member, Emmanuel Kwasi Bedzrah says this year’s Anti-Corruption tackle fundamental issues of corruption and integrity in the country and Africa at large.

The 2021 Anti-Corruption and Transparency (ACT) Week and the NACAP High Level Conference which would end on Friday was organised by Commission on Human Rights and Administrative Justice (CHRAJ) in collaboration with the Key Accountability Institutions (KAIs), Civil Society and other stakeholders under the theme: NACAP: Building a Culture of Integrity for Generations”.

The commemoration of the International Anti-Corruption Day (IACD) is also under the theme: “Your Right, Your Role: Say No to Corruption”.

Addressing Parliament to mark the Day, the MP for Ho West stressed that as part of global efforts to tackle the corruption canker, Paragraph 7 of Resolution 58/4 that adopted the United Nations Convention against Corruption (UNCAC) designated December 9 as the International Anti-Corruption Day (IACD) in order to raise awareness of corruption and of the role of UNCAC in combating and preventing it.

Since then, he said, the IACD is observed globally on 9th December to create global awareness on the harmful effects of corruption and the need for concerted effort and sustained partnership among stakeholders in order to effectively and efficiently address the corruption canker.

Mr.Bedzrah said, since Ghana is one of the State Party to the UNCAC, it has always joined the international anti-corruption community to observe the IACD following ratification of the UNCAC in 2007.

“Ghana’s effort has culminated in the adoption of the week leading to the IACD on 9th December as the Anti-Corruption and Transparency (ACT) Week”, he noted.

He cited Article 5 of United Nations Convention Against Corruption (UNCAC), which states that each State Party shall develop and implement or maintain effective, coordinated anti-corruption policies that promote the participation of society and reflect the principles of rule of law, proper management of public affairs and public property, integrity, transparency and accountability.

He noted that the State Parties are also required to periodically evaluate the coordinated anti-corruption policies with a view to determining their adequacy to prevent and fight corruption.

According to the MP, the vision of the NACAP is to create “a sustainable democratic Ghanaian society founded on good governance and instilled with high ethics and integrity.

“Its mission is to contextualise and mobilise efforts and resources of stakeholders, including Government, individuals, civil society, private sector and the media, to prevent and fight corruption through the promotion of high ethics and integrity and the vigorous enforcement of applicable laws”.

He again stressed that the National Anti-Corruption Action Plan (NACAP) was adopted by Parliament in 2014 to coordinate anti-corruption policy of Ghana, adding that, it was in line with Chapter 6 of the Constitution, on the Directive Principles of State Policy, which provides under Article 34(8) that “The State shall take steps to eradicate corrupt practices and abuse of power”.

“ Mr. Speaker, in line with this, the Parliament of the Republic of Ghana passed the Office of the Special Prosecutor (OSP) Act 959 in 2017 and the Right to Information (RTI) Act 989 in 2019 in an attempt to create an efficient, transparent and accountable administration to control corruption and eliminate waste such as nepotism and abuse of authority”, he noted.

Additionally, he explained the Open Parliament Initiative (OPI) as a mechanism with which citizens can engage directly with Parliament and seek accountability among elected public officials, stating that, it would also improve their understanding of parliamentary processes, roles and increase their awareness of public policy so that their voices can be heard.

He again said, despite the gains made over the years, corruption continues to be a problem for global economies and sustainable development.

Data available from the African Union (AU) indicates that, Ghana and other African countries loses an estimated corruption cost of about US$140 billion annually, an amount that is enough, according to Centre for International Private Enterprise (CIPE) to provide power 24 hours a day to every citizen in the continent for the next three years).

Another report presented by Transparency International in January this year, sub-Saharan Africa is the lowest performing region on the Corruption Perception Index (CPI) with an average score of 32 showing little improvement from previous years and underscoring a need for urgent action.

“Referring to the same report by the global movement, Ghana’s current score is at 43 out of a 100 indicating a perception of failure in our anti-corruption fight”, he added.

Transparency International further noted that 43% of Africans are living in poverty while over $50 billion worth of stolen assets flows out of Africa every year.

The MP for Ho west indicated that the impact of corruption cannot be underestimated as it is a major root cause of poverty, deprivation and underdevelopment.

However, he said, the particular case of Ghana, the high prevalence of corruption has blighted the hopes of many, given rise to poor service delivery and lack of access to basic necessities of life and con.

He therefore called for a concerted effort and commitment of other MPs to win the fight against corruption, to increase the fortunes of Ghana and Africa and to create prosperity for all.

In this article:2021 Anti-Corruption and Transparency Week:,APNAC Prez,Let's tackle foundational issues of corruption and integrity-