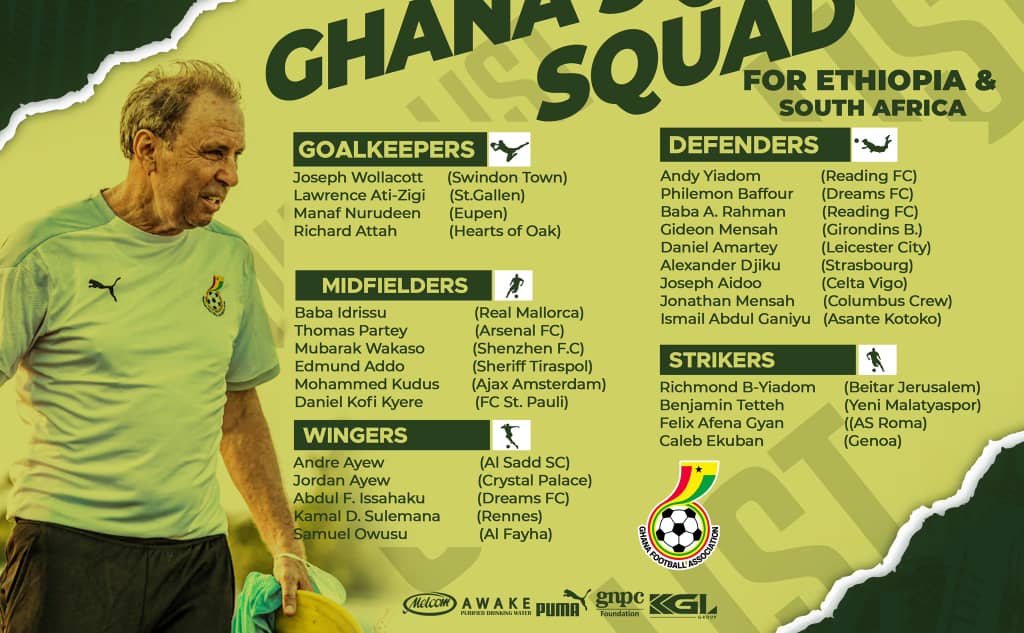 The Head Coach of the Black Stars of Ghana, Milovan Rajavac, has named 28man squad for the upcoming World cup qualifier matches between Ethiopia and South Africa respectively in the next international break.

This call up has seen some new faces, Felix Afena, 18, who made his debut for AS Roma last month against Cagliari in the Italia Serie A, has received his debut call-up. And also Edmund Addo’s impressive form in the Champions League this season and in the Moldovian league for Sheriff Tarispol has not been overlooked.

Ghana will log horns with Ethiopia on Thursday, 11th October, before welcoming South Africa at the Cape Coast Stadium on Sunday, 14th October 2021.