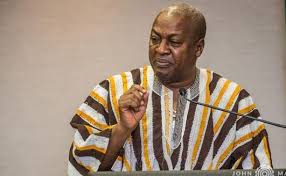 National Democratic Congress says it is determined to wrestle power from the governing NPP comes 2024 and has issued stern warnings to its most political rival not to be overly ambitious.

It follows calls by the General Secretary of NPP John Boadu that 2020 NDC Flagbearer should not be allowed to return to corridors of power.

Addressing press conference in Accra on Friday 10 September 2021, John Boadu who has accused EX-President John Mahama of inordinate desire to return to the presidency insists “President Mahama is simply warming up to defeat in 2024 elections due to sterling records and achievements of President Akufo-Addo”.

In a sharp rebuttal, Deputy National Youth Organiser of NDC George Opare Addo said “The NDC has won 4 elections in this country. We’re living no stone unturned to recapture power in 2024”.

Meanwhile, the NPP has assured of smooth reorganisation process ahead of 2024 polls and has declared of September as the month of registration of party members.

Deputy General Secretary of NPP Nana Obiri Boahene expressed confidence that governing party will defy all odds to capture power beyond the 8-year cycle of governance.

He noted that “I’m saying we’re poised to break the 8-year cycle, nothing can stop it”.