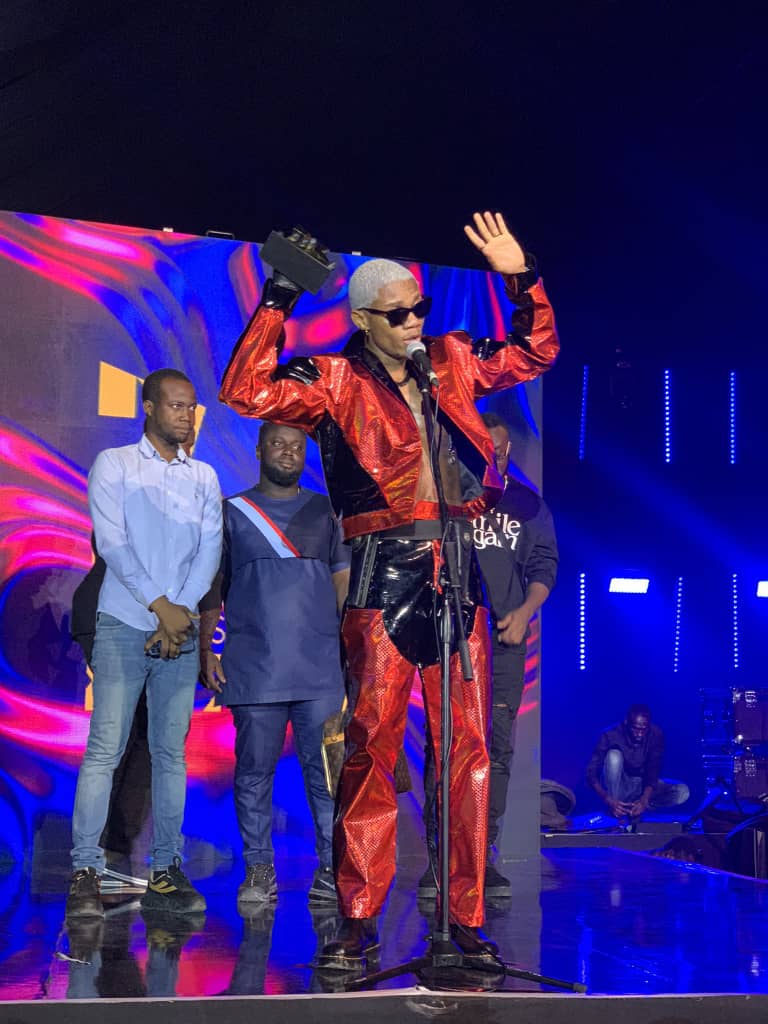 Ghanaian Highlife/Afropop Singer, Dennis Nana Dwamena, known in showbiz circles as Kidi has been adjudged the Artiste of the Year at the 3Music Awards 2022, last night at Grand Arena in Accra.

This is the second successive year Kidi has won the Artiste of the Year’ after last year’s success.

3Music Awards is an annual event organized to reward entertainment industry players for the calendar year.

KiDI beat off competition from second Sermon hitmaker, Blacksherif and the likes of Celestine Donkor, D-Black, Kuami Eugene, Mr Drew, Sarkodie, StoneBwoy, Gyakie to win the Artiste of the year for the second successive year.

The event saw some of the well-known media and entertainment personalities who graced the occasion with their presence.

KiDi becomes the first artiste to win the artiste of the year in succession. Congratulations Kidi.