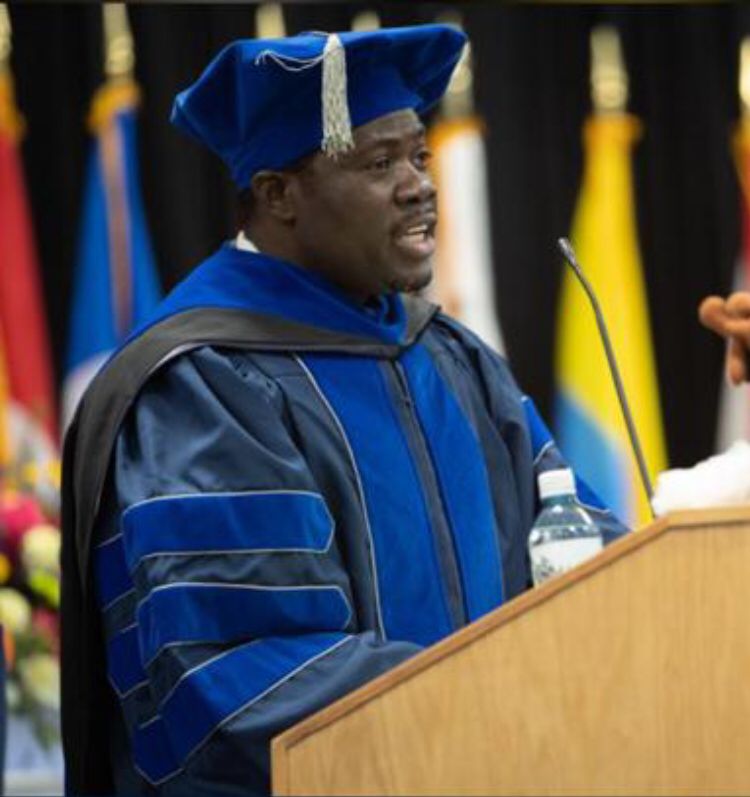 The press release on the Appiatse incident report dated on February 7, 2022 should not be accepted by Ghanaians, especially the good people of Appiatse, because of its shameful, heartless and disappointing nature. Technically, the whole 6-paged release looks incomplete, amateurish, shocking and indicates a display of a cover-up to prevent certain perpetrators from receiving consequences resulting from their negligence and non-compliance. In my humble opinion, all the affected people of the Appiatse incident should be properly indemnified physically, emotionally psychologically and financially with adequate resource mobilization.

The Minister’s US$6.0 millionfine imposed on MAXAM company for breaching the explosives regulations is a pittance and I therefore write to admonish all Ghanaians, whether home or abroad to reject the half-baked press release, which has the potentials to worsen the woes of the public in terms of setting a bad precedent for the future. Comparing with compensations awarded to communities that experienced similar disaster in other countries, the Appiatse people deserve a minimum of US$350 million. It must be noted that, previous breaches by MAXAM in 2017 means under international human rights law, that the government’s failure to act to prevent these foreseeable risks to life is a violation of the rights to life.

From a professional stance, this horrific explosion could have been prevented if the international standard processes and procedures for transporting explosives were stringently followed. As I stated in my preliminary opinion on the unfortunate explosion, the tragic incident that happened was due to negligence, regulatory lapses and institutional failures. Considering the entirety of the press release, it is clear that the causes of the catastrophic incident were as a result of these three factors. The disaster took away thirteen (13) lives, caused various degrees of injuries of over hundreds of people, rendered lots of residents homeless, destroyed uncountable properties and collapsed the whole Appiatse Community. It is similar to past incidents in other countries, where the responsible mining companies were ordered to pay billions of United States dollars.

As a follow up to the incident which happened on January 20, 2022, the Sector Minister in Charge of Mining in Ghana instructed the Minerals Commission, which is the regulator of the mining industry to conduct investigations. Also, the Minister constituted a three-member committee to carry out independent investigations into the matter to confirm the Minerals Commission’s findings. The two separate reports were submitted to the Minister in less than two weeks after the incident. Strangely, the two reports from which the press release was excerpted, have not yet been disclosed to the public for unknown reasons. Upon reviewing the reports, the Ministry of Lands and Natural Resources established that MAXAM Ghana Limited committed regulatory breaches that led to the tragic incident, with respect to the manufacture, storage and transportation of the explosives.

Per the Legislative Instrument (LI 2177) which is the law governing all explosive activities in Ghana, MAXAM’s breaches should have attracted fines up to US$10,000. Considering the nature and the totality of the incident, the Minister in his wisdom imposed a total administrative fine of US$6.0 million on MAXAM. He needs to be commended for this swift action. The company is expected to pay an initial US$1.0 million before the restoration of its operating permit and then settle the remaining within 18 months, ending on August 1, 2023. However, I think the installment payment should be scrapped since the fine should not only be based on financial capacity of the Maxam in Ghana but the company’s group which is well resourced to pay the peanuts imposed on them.

From the press release, the fine to be paid is without prejudice to any criminal or civil liability that MAXAM may be subject to. This means, any individual or group of people from the accident area can initiate a lawsuit against MAXAM and the other two companies whose truck caused the disaster. Again, in order for the company to operate in safe manner, compliance measures were set by the Minister as guidelines for MAXAM to strictly follow. Surprisingly, the Minister’s press release was silent on the regulatory breaches and possible sanctions against the local explosives transporting contractors, Jocyderk Logistics Limited and Arthanns Enterprise Transport Services, whose truck was directly involved in the incident.

It is on record that MAXAM company contracted these local entities to transport their explosives on the highway from Tarkwa to Chirano Mine, considering the 30% local content policy. Although, MAXAM sublet its transportation duty to these local companies, it had the oversight responsibility to ensure that they adhered to strict health, safety and environment standards to protect lives and properties. Analyzing the press release critically, it can be deduced that the two committees’ work in less than two weeks are questionable in terms of:
1. The quantification of loss of lives and injuries associated with the tragic incident.
2. The evaluation of social and cultural losses of the Appiatse community.

3. Failure to recognize that the cost of the environmental degradation from the explosion alone will be over hundreds of millions of dollars.
4. The factors that the Minister considered in the reports to justify the US$ 6 million fine.

5. The credibility of the report from the Minerals Commission, which is itself implicated in the disaster, because of the suspected neglect of duty from their part as well.

6. The public’s trust in the chairman of independent committee, whose tenure as the CEO of Minerals Commission in 2012, approved the LI 2012 with various regulatory lapses.
7. Details in the two reports to justify the imposition of sanctions and possible prosecutions of the explosives transport contractors and some officials from the Minerals Commission.
8. Failure to explain the incomplete investigations with findings on the part of Arthanns Transport Company and appropriate sanctions announced? How long does the public have to wait for this?
9. Failure by the Minister to cite the exact breaches of regulations on the part of MAXAM Company to justify the fine and determine subsequent prosecution.
10. Reluctance by the Ministry to disclose the two committees’ reports to the public.

Although the Minister should be commended for applying his veto powers to determine the administrative fine, which is far more than the stipulated amounts in the laws, the criteria for the fine should have been backed by current assessment of damages. Again, details of the professional assessment of the losses should have been detailed in the press release to convince the public. Seriously, the fine must reflect international standards, based on past experiences in other countries that led to fines worth billions of US dollars. Failure to drastically penalize the perpetrators will set a bad precedent for any unforeseen future occurrence.

In my view, reparation and damage clean up impositions on some mining companies for causing similar disasters in other countries, should have been studied and analyzed to serve as guidelines to ensure that informed and acceptable decisions were taken before defining any sanction in connection with the catastrophic disaster. The fine stated in the press release was far below standards and had conflicting reflection on the quantum of the calamitous disaster. The current Ghana government will render serious disservice to the people of Appiatse, if it fails to ensure that the right compensations are rewarded to the people.

Concerning the fine, Vale Iron Ore Mine disaster in Brazil that happened on January 25, 2019 (https://www.reuters.com/business/environment/judge-orders-vale-pay-victims-families-2019-mining-disaster-2021-06-10/) and (https://www.bbc.com/news/business-55924743), involving tailings dam collapse that led to two hundred and seventy (270) loss of lives could be used as an example. In addition, Samarco Iron Ore Mine tailings dam collapse which occurred in Brazil on November 5, 2015 that killed nineteen (19) people could be used as a benchmark to determine the fines for MAXAM’s negligence (https://mobile.reuters.com/article/amp/idUSKCN0W42WP).

Moreover, the punishments meted out to perpetrators of a deadly methane blast in a coal mining company in Russia on November 27, 2021 (https://www.rferl.org/amp/russia-kemerovo-mining-disaster-investigation/31582405.html), could be used as a reference to initiate prosecution processes for those whose neglect of duty caused the disaster. All in all, the Brazilian and Russian governments ensured that charges and fines were imposed on the responsible companies and the people connected to the three disasters, in order to calm down public emotions and helped in building new lives on the rubbles of unprecedented tragedies.

On February 4, 2021, the Brazilian government went into agreement with Vale Mining Company to pay US$ 7 billion to the community hit by the disaster, where about two hundred and seventy (270) people were killed. Also, the family of each deceased employee was compensated with US$197,240. The responsible senior staff of the company whose carelessness caused the disaster faced murder charges. Again, Vale was instructed to fully repair all environmental damages, including clean-up of the Paraopeba river, sewage treatment, landfill, reforestation, among others.

On March 2, 2016, the Brazilian government estimated US$ 5.1 billion in damages to be paid by the Samarco Mining Company for the deadly tailings dam spill that took away 19 lives, destroyed about 200 homes, rendered hundreds of people homeless and polluted the major river in the area. Also, charges of manslaughter and environmental damages were filed against twenty-one (21) executives of the company. Besides, the fine did not cover private civil lawsuits and other criminal investigations.

A court in the city of Kemerovo in Russia on November 27, 2021, ruled to jail three officials of Listvyazhnaya Coal Mining Company to face a maximum of seven (7) years in prison for violating industrial safety requirements for hazards production facilities that resulted in multiple deaths. These are the company’s director, Sergei Makhrakov, his deputy, Andrei Molostvov and the section supervisor, Sergei Gerasimyonok. Additionally, two other people, Sergei Vinokurov and Vyacheslav Semykin, who were officials of the local branch of Russia’s state technology and ecology watchdog, were jailed to face up to seven (7) years in prison for their negligence that led to the disaster. These two officials issued a certificate for the mine’s operation within the month that the incident occurred, without actually checking the facility. The methane explosion killed forty-six (46) miners and five (5) rescuers.

Considering these previous similar tragic incidents and their corresponding compensations, prosecutions and environmental liabilities imposed on the parties involved, it is hopeful that the Ghana government will ensure that better decisions are taken to enable the people of Appiatse to deserve better. Furthermore, all persons whose negligence caused the catastrophic disaster should face the full strictness of the law to serve as deterrent to others, thereby preventing possible future recurrence. Due to the public doubts in the current investigative reports, a trustworthy independent investigation team should be immediately constituted to conduct thorough inquiry into the explosion and provide acceptable recommendations for implementation.

In my opinion, the public will wholeheartedly welcome such a credible report from the trusted independent committee. Proper sanctions and fines should be slapped on the companies and institution(s) involved, as well as legitimate punishments meted out to individuals whose neglect of duty led to the disaster. With these, the psychological trauma of the Appiatse people will be minimized and help in building new lives on the rubbles of the unprecedented tragedy that visited them. More importantly, stern punishments will serve as wake-up call to all public and private sector workers in Ghana, who neglect their duties to cause avoidable accidents.