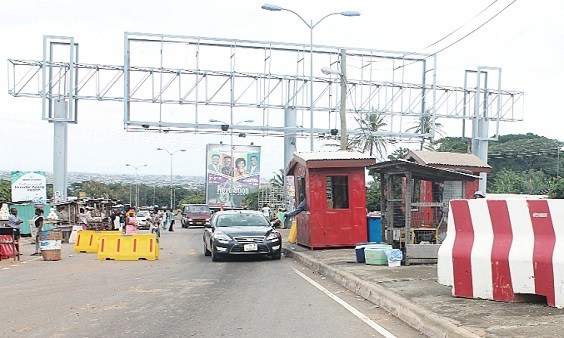 A/R: Disabled tollbooth workers give govt 7 days to reassign them or face demo

Members of the Ghana Society of the Physically Disabled within the Ashanti Region have given Roads and Highways Minister Kwasi Amoako Atta seven days ultimatum to reassign them after closing tollbooths else they will hit the street to mount intense pressure on government.

Kwasi Amoako Atta placed embargo on the collection of tolls after Finance Minister declared government far-reaching agenda to scrap the road tolls during the presentation of 2022 Budget and Economic Policy on Wednesday in Parliament.

The Ashanti Regional Ghana Society of Physically Disabled who are putting their livelihoods and welfare about everything are demanding immediate reassignment from the Sector Minister or reopen the tollbooths for them to resume work.

The disgruntled members who are toll collectors at the various tollbooths also want the government to pay their five months salary arrears before the month of November ends.

Regional Chairman of the society Philip Kwasi Mensah told the media that they felt sad and some of their members even cried upon hearing the shocking that tollbooths should be closed with immediate effect.

Mensah who is also a toll collector at Aboaso tollbooth described as unfortunate the way and manner the announcement was made and the government is kicking them out of jobs without any letter or compensation with no deliberate plans to reassign them.

He noted that not only members of the society who have been affected by the suspension of the tollbooths but all traders at the various tollbooths who will join their demonstration have also been affected.

Mr Mensah, therefore, called on the government to do the needful by the end of the November, 2021 else they will hit the street to demonstrate.

Meanwhile, some traders at the Aboaso tollbooth also called on the government to rescind it decision to closedown tollbooths because it will negatively affect them.

Speaker of Parliament Alban Bagbin has since ordered the Roads and Highways Minister to reverse the embargo on the collection of tolls but the PR Unit of the Ministry said they acted to stop chaotic scenes upon the declaration by Ken Ofori-Atta.