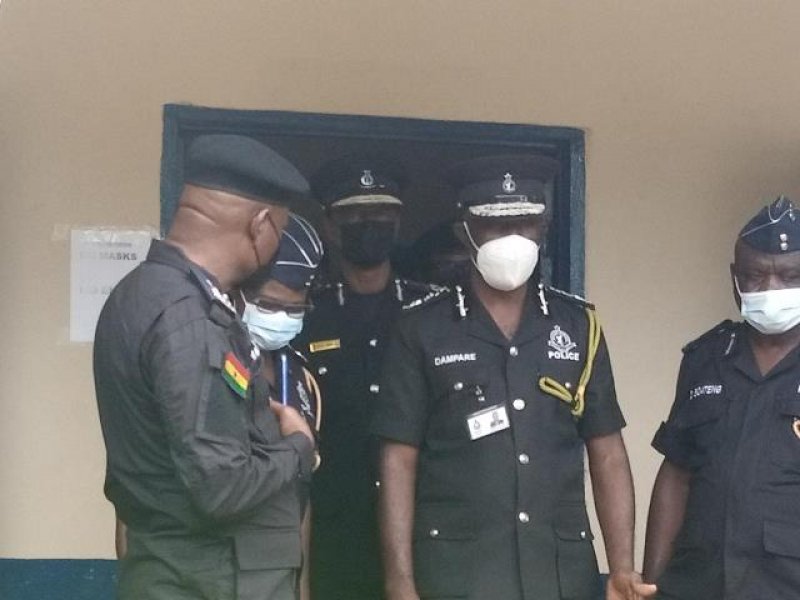 Chief of Abesim near Sunyani of the Bono Region Nana Barima Kumi Acheaw has appealed to IGP Dr. George Dampere to immediately conduct psychiatric examination of Richard Appiah involved in the killing of three boys and stored their flesh in deep freezer.

Speaking to the media after IGP’s visit to families of the three killed by Richard Appiah on Monday 23 August 2021, the Abesim Chief Nana Kumi said “I will appeal to the police to conduct psychiatric examination on Richard Appiajh because he may not be mentally sound”.

Statistics shows that the Bono Region recorded 123 murder cases in 2021as compared to 144 this year same time last year.

In view of this, IGP Dr. George Dampare is touring Bono Region over increasing spate of criminal activities in the region including armed robbery after Richard Appiah was caught with human parts of three minors he stored in deep freezer.

The anti-robbery visit will see the topmost Police Capo interact with families of the three persons allegedly killed by Richard Appiah, is expected to improve visibility of operations of Anti-Robbery Task Force in the region to clamp down rampant criminal activities.

IGP Dr. George Dampare has directed Homicide Unit of the Police to take over investigation of the case involving a Sports Commentator Richard Appiah storing human parts in freezer after killing three persons at Abesim near Sunyani in Bono Region.

According to Director of Public Affairs of the police CID DSP Alexander Obeng has revealed that Clinical Psychologists have been engaged to help the police who conducted the search of the suspect’s room leading to the discovery of human parts stored in fridge.